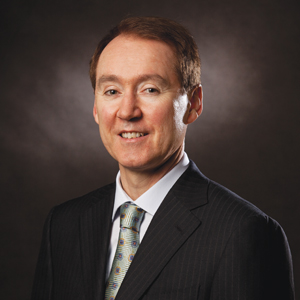 Minter Ellison today (28 June) announced that William Thompson will be the new managing partner of the firm's Brisbane office.

Minter Ellison today (28 June) announced that William Thompson will be the new managing partner of the firm's Brisbane office.

Thompson takes over from Ross Landsberg, who returns to full-time practice as a major projects and construction lawyer.

Thompson commenced with the firm as an articled clerk and was appointed a partner in 1982. He has led the taxation practice in Brisbane for more than 20 years and will continue to practise during his term as managing partner, also retaining the position of Queensland tax practice head.

"Bill is a Queenslander born and bred. He understands the local market and knows the business of the firm in Brisbane very well, having worked in his capacity as a tax advisor with clients across all practice areas of the firm,” Minters’ chief executive partner John Weber said.

Thompson assumes the role on 1 July.

"We've worked with clients in this market through the good times and the lean times, always innovating in those industry sectors that are key to Queensland's strong economic growth  – infrastructure; energy and resources; financial services; health and aged care, and property development, " said Thompson.

John Weber also paid tribute to Ross Landsberg's significant contribution during his five-year term as Brisbane managing partner and for his contribution through his membership of the board.

Thompson was educated at the University of Queensland and the London School of Economics.