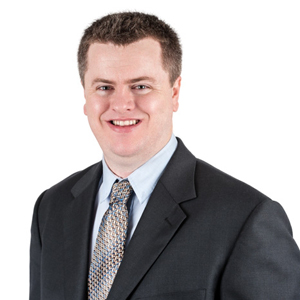 Kelly, 31, grew up on sheep and cattle stations between Morven and Charleville, completed a law degree at James Cook University in Townsville and also obtained a graduate diploma in legal practise from QUT in Brisbane.

He was admitted as a solicitor in 2008 and worked for a Brisbane law firm before moving to Toowoomba to join Trilby Misso.

“In Brisbane, I worked predominantly in personal injuries but I also had experience in industrial relations, professional negligence and property damage work,” said Kelly.

Kelly said he was a keen cricket and rugby league fan and played a range of sports in his youth despite battling cancer as a teenager.

“I had non-Hodgkin’s large cell lymphoma,” he said.

“I have been clear for 16 years now and I understand they consider you cured after 10 years.”

Trilby Misso general manager Lisa Rennie said: “Patrick has close ties with Toowoomba and southwest Queensland and … will be a tremendous contributor to our office and people needing legal services in the Darling Downs region”.

The Toowoomba office at 123 Margaret Street opened early last year and was the first Trilby Misso centre outside the Brisbane CBD to have a resident lawyer.

Since 2009, Trilby Misso has expanded from its Brisbane CBD headquarters and opened contact centres at North Lakes, Morayfield, Ipswich, Loganholme and Browns Plains, as well as offices at Toowoomba, Robina on the Gold Coast and Minyama on the Sunshine Coast.