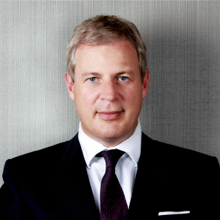 Law firm Corrs has reappointed its top man John Denton, signing him up for another five years on the job.

Law firm Corrs Chambers Westgarth has reappointed its top man John Denton, signing him up for another five years on the job.

She said he has implemented an agenda of growth and change since his appointment to the post in 2001.

The partnership unanimously reappointed him, the firm said.

“The partnership’s unanimous decision to reappoint John as CEO is resounding endorsement of his leadership and clear strategy for Corrs’ future,” Handicott said.

Denton himself said he sees the partnership’s endorsement as “a renewed mandate for change within the firm to support its 2015 aspirations of being a world-class law firm determined to drive Australia’s competitiveness and its economic engagement with Asia”.

He said he is committed to growing the firm’s scale and capability by at least one third by 2015. There will be a focus on the practice areas driving the new economic environment such as Energy & Resources and Projects & Infrastructure.

During his tenure, Denton has introduced a number of initiatives, including reshaping the firm around target sectors, an incentive-based remuneration system to reward high performers, a significant increase of investment in learning and development, international scholarships, a formal pro bono and giving program, and the launch of ASX-compliant diversity policy.

Under Denton’s leadership, the firm has become one of the country’s four most profitable law firms, the firm said.