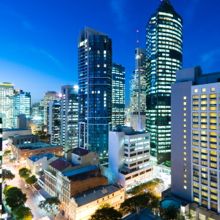 Johnson Winter & Slattery has hired two partners and a senior associate from rival Carter Newell in Brisbane, while the firm also makes an in-house promotion in Perth.

Cameron Jorss, who joins from Carter Newell Lawyers where he was partner, is now a partner based in the Brisbane office.

Jonathan Cheyne, who was a senior associate at Corrs Chambers Westgarth before being a corporate partner at Carter Newell, has also joined as a partner based in the Brisbane office.

Also joining the JWS team in Brisbane is senior associates are Caren Klavsen, who was also at Carter Newell, and Thomas Miers.

JWS also announced a number of internal promotions, led by the appointment of Richard Lilly as partner in the Perth office. Richard practices in commercial dispute resolution, with an emphasis on complex competition and energy and resources sector litigation.