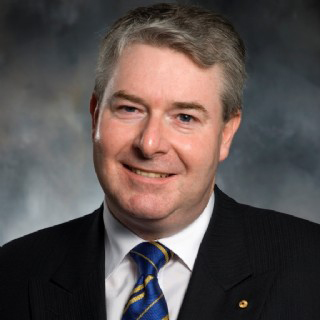 Michael Gorton AM, the principal of Melbourne law firm Russell Kennedy, has been elected president of the International Alliance of Law Firms (IALF).

At the Alliance’s AGM in Melbourne, which took place from 3 to 6 April, the former vice-president was elected to lead the network of 60 firms in 43 countries across the Americas, Europe, Asia and Africa.

This is the first time an Australian has been elected to the position in the IALF’s 23-year history.

“Our response to the ‘internationalisation’ of Australian law firms is not to merge, but to ensure we have a strategic network of good quality commercial law firms around the globe who all speak English and have English-language websites,” said Gorton, who has been on the IALF executive for four years.

Russell Kennedy has been involved with the organisation for around six years and has utilised its referral network.

“We won a tender two weeks ago as the Alliance in relation to a Fortune 500 company, to do all of their employment law, HR and industrial relations work worldwide. Because it’s such a specialist area of law, nation by nation, you need coverage across the globe.”

Gorton has been heavily involved in coordinating marketing and member services for the referral network.

He said his priority this year is to build on tenders won recently and attract new clients to the Alliance, as well as new member firms where the IALF does not yet have representation.

“We’re particularly targeting good quality firms in Africa, in some parts of Asia and some of the other major states of America,” said Gorton.

Quality control and compliance are also key priorities on Gorton’s agenda because the Alliance is “only as good as its weakest link”.

More than 75 lawyers from across the globe joined together at this year’s AGM in Melbourne to consider a range of professional and industry issues, including technology, marketing and business development, alternative fee structures and professional issues.

“We had a welcome from the Lord Mayor on Wednesday, a trip to Healesville Sanctuary on Saturday and a footy game on Saturday night, so now they’ve all patted the wildlife and understand the intricacies of Australian Rules football,” said Gorton.