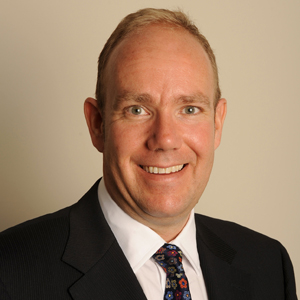 A construction partner who joined two-office firm Colin Biggers & Paisley from global behemoth K&L Gates has admitted that the chance to work at a firm where his practice area was a key priority was one of the attractions of the smaller firm.

“To me there was a real contrast between being one of a large number of services at a global firm and instead being part of one of the core practice areas in a firm,” said Nathan Abbott (pictured), who made the move from K&L to CBP last month.

“I expect K&L would intend to [still] be active in [the construction] space but for me, and my practice and clients and team, the alternative option of being part of a firm that has our practice area as one of its key priorities was too good an opportunity to pass up,” he told Lawyers Weekly.

Abbott joined Middletons in 2007; Middletons merged with K&L Gates, which has 2000 lawyers and 46 offices globally, on 1 January this year.

Abbott has acted on construction disputes in all Australian jurisdictions. He also works in the non-contentious areas of construction law, and projects he has worked on include office buildings, sporting complexes, large residential developments, freight distribution facilities, food processing facilities and port and airport redevelopments.

Abbott brought a secretary, a senior associate and a second-year solicitor across to CBP with him, and said he sees CBP undergoing similar changes at the moment as Middletons underwent when he first joined the firm.

“I would say that at the moment CBP is going through a pretty dynamic period of growth and I think there’s a process underway to really empower the partners to lead that process, and that’s exciting.”

Abbott added that, while his practice has been consistently busy, and most of his clients have made the move across to CBP with him, the current political climate is impacting construction projects, which has a knock-on effect for lawyers in that practice area.

“My practice has been ... busier really in the back end and disputes space than is ideal; in a market which is humming along nicely, I’d be busier in the front end of my practice.

“Really we need to wait and see the outcome of the federal election and what that ultimately translates into for infrastructure expenditure; it’s still a watch and wait proposition at the moment,” he added.

CBP has a good reputation in the construction practice area, said Abbott, but mostly in NSW, so he said he was looking forward to extending “the strength of the brand” to the Victorian market.

Commenting on the influx of globals into the market, Abbott said that he could see some partners, who might not see their practice group fitting into a merged structure, moving to other firms.

“There are a couple of responses at the moment to the increasing influence of the global firms in the legal market; there’s the independent approach, there are a number of firms who have taken the position that the best option for them will be to remain independent and offer an alternative ... [and there is] the specialisation response.

“Personally I’m open minded ... I think there’s every chance that K&L’s merger will prove to be very successful, certainly for particular practice areas.”