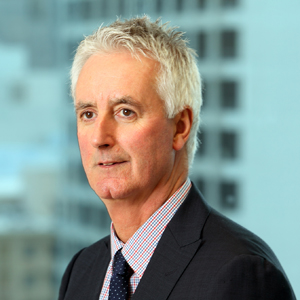 The newest insurance partner at Sparke Helmore has claimed he was not pushed out of Rockwell Olivier, which recently dropped 11 employees from its Perth office.

“The decision to leave was my decision; it was my initiative,” said Roger Sands (pictured), who has joined Sparkes after 11 years as the insurance principal of Rockwell Olivier (formerly Talbot Olivier Lawyers).

Earlier this month, Lawyers Weekly exclusively reported that Sands, along with 10 other Rockwell Olivier employees, which included legal and support staff, had left the firm either on or just prior to 30 June.

Sands told Lawyers Weekly that any restructuring was not connected to his departure from the firm, reiterating that the move was his “own making”.

He explained that he decided to join Sparkes to capitalise on the national firm’s strong insurance practice and solid relationships with the insurance industry. He added that the firm’s focus on clients, rather than “internal issues”, was also a drawcard.

The firm has 27 insurance partners in a 63-strong partnership, with a further 142 lawyers working in the insurance practice.

Sands would not confirm whether he had taken clients across to his new firm, however, he said that he was confident that he would maintain long-standing client relationships.

Sands, along with his entire legal team from Rockwell Olivier, officially started at Sparkes on 4 July. The 25-year veteran of insurance law said his CTP-focused practice complements the specialities of Sparkes’ other Perth-based insurance partners.

Sands joined Talbot Olivier in 2002. The firm became part of the Integrated Legal Holdings group in 2007 and launched under the new name of Rockwell Olivier in May this year.