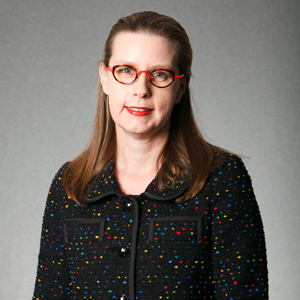 The University of Queensland has appointed a woman as its dean of law for the first time ever.

Professor Sarah Derrington (pictured), a leader in the field of international arbitration and maritime law in Australia and overseas, will take on the role.

“I am deeply honoured to be appointed UQ’s first female dean of law and see this is as an opportunity to consolidate the School’s position among the best law schools in the Asia-Pacific region by adopting a greater emphasis on industry-focused research and stronger partnerships with the legal profession,” said Derrington.

She was also elected a fellow of the Australian Academy of Law in 2009.

Derrington, who is a practising barrister, was a teacher at the UQ Law School between 1994 and 2011.

Her appointment was welcomed by AMTAC chair Peter McQueen, who said: “I applaud the excellent appointment of Professor Derrington to the position of Dean of Law at the University of Queensland.”

“She is one of Australia’s leading maritime law experts, particularly in the areas of admiralty law and marine insurance. In the most recent Excellence in Research for Australia Report the Law School’s research was assessed as ‘above world standard’ – I would hope Sarah will improve the School’s rating in future years,” added Terry.

Derrington, who successfully steered a UQ team to victory in the annual International Maritime Law Arbitration Moot in 2012, and coached the 2013 team to victory in the UK this month, added: “I’m excited to be returning to the Law School and look forward to tackling the challenges faced by the higher education sector, and the changing face of the legal profession.

“My priorities will be to facilitate professional involvement with the School; to lift our research profile, and to make our student experience the very best that we can make it.”