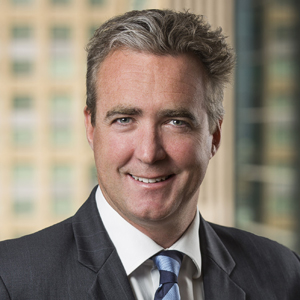 Ashurst has lost another high-profile partner, with Jason Lambeth leaving the firm.

“I look forward to participating in a flexible environment with a firm that is well recognised and respected in its core areas of expertise,” said Lambeth in a statement.

In June employment and industrial law partners Rachel Bernasconi and Michael Tamvakologos left Ashurst as part of a group of eight partners from a number of firms who will be heading Seyfarth Shaw’s delayed entry into the Australian market.

Well-regarded tax partner Teresa Dyson, the first woman to head the Board of Taxation, left Ashurst to take a role with Deloitte three months ago.

Ashurst Australia is in the final stages of its full-merger plans with the UK-headquartered Ashurst LLP.

Carrington added that in the lead up to the merger he was altering the remuneration structure of the partnership to allow for more salaried partners.

“What I have been consistent about before we commenced our discussions with Ashurst LLP was that we had changed our internal structures to provide greater opportunities for the use of fixed-income partners as opposed to pure equity partners,” said Carrington, who added this was done to pave the way for lateral hires and to “make it easier for partners to transition into retirement”.

Around 25 per cent of the Australian firm’s partnership is now on a fixed income.

A successful partnership vote in both Australia and from Ashurst LLP partners is required before the two firms can formally fully integrate.

Lambeth was a partner at Gilbert + Tobin prior to joining Ashurst in 2010.

In May, Lawyers Weekly exclusively revealed that financial services lawyer Vicki Grey had left the partnership at Gadens to join Kemp Strang.