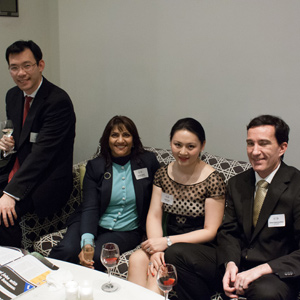 She is highly regarded for her expertise in the construction, commercial and energy sectors and has worked at the Bar in the general Asia-Pacific region and London, as well as in Australia.

She is the former general counsel of Bovis Lend Lease and devised the undergraduate international commercial arbitration course at the University of Sydney’s Law School. She was also responsible for setting up an emergency childcare scheme at the NSW Bar Association.

Rana is also the founding member, director and current vice-chair of the Society of Construction Law Australia and an active member of a number of other significant industry associations.

Commenting on her decision to join Thirty Nine Essex Street, Rana said: “I’m delighted to be joining forces with active chambers with a broad reach across the Asia-Pacific region. Thirty Nine Essex is able to provide highly-specialised advocacy and arbitration services over many jurisdictions in emerging and developed international arbitration jurisdictions. I am very excited about being a part of this continuing growth in Asia Pacific.”

Judge was a senior partner at Stikerman Elliot LLP for many years before he established an independent practice as a resident arbitrator at Arbitration Place in Toronto.

Thirty Nine Essex Street’s chambers are based in London, Manchester and Singapore.

Thirty Nine Essex Street’s chief executive and director of clerking David Barnes commented on the appointments: “We are thrilled to welcome John and Rashda to chambers. We have seen an increasing demand for our services in the Asia Pacific and we have taken significant steps to meet this demand including opening an office in Singapore at the start of 2013. The addition of John and Rashda, both renowned in international arbitration, will greatly enhance the strength of our offering in the region and elsewhere overseas.”