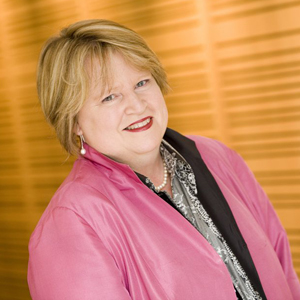 Padbury’s term will take effect from 1 November 2013, the firm announced on Friday (18 October).

Ashurst chair-elect Ben Tidswell, whose appointment was also announced last week, commented: “Mary will play a critical role in the firm's future and I congratulate her on the appointment.

“Mary’s substantial leadership experience as chairman of Ashurst Australia combined with her intellect, energy and strategic insight will be invaluable to us as we enter this next stage in our development.”

Padbury (pictured) was first elected chair of Ashurst Australia in 2005, having previously served on the board from 1996 to 2000.  She has also held a number of management positions in the firm, including as the resident London partner from 2001 to 2003 and as an executive partner with responsibility for the firm’s national corporate, competition and intellectual property practices from 2003 to 2005.

She has served as a member of Ashurst LLP’s board since March 2012 and led the discussions for Ashurst Australia with Ashurst LLP that resulted in the firms’ merger.

Padbury commented: “I am really excited to take on this role and to get an opportunity to work closely with Ben and James Collis, our managing partner, to realise the benefits of the full merger of Ashurst Australia and Ashurst LLP for all our clients and people wherever they are situated across the firm's practice.

“I feel particularly privileged to be part of the team with the responsibility of taking our new merged firm forward.”