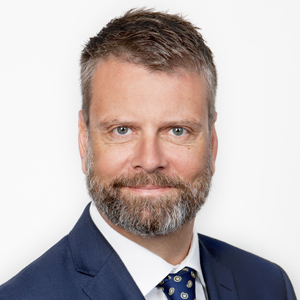 Morry Bailes was officially appointed as the new president of the South Australia Law Society at its AGM on Monday night (28 October).

Bailes (pictured) is the managing partner of Adelaide firm Tindall Gask Bentley Lawyers; earlier this year he was presented with the Brian Withers Award, the Law Society of SA’s most prestigious Award, in recognition of his voluntary work.

Speaking yesterday (29 October) while launching the Society’s Top Policy Issues for 2014, Bailes said he was committed to tackling issues of law reform head-on.

“The legal profession is best placed to set the agenda on matters of law and achieving that requires a much more proactive approach,” Bailes said.

“If we are to improve justice outcomes for the community, the legal profession must take the lead in addressing critical justice issues that affect the fabric of our society.

“That includes not shying away from some of the more controversial but equally important issues such as marriage equality and euthanasia,” he added.

“Lawyers work to protect people’s rights, often at times when parliament is trying to impinge on them.

“That vital role is at odds with the reputation of the profession and that’s something I am also focused on addressing.”

Bailes, who was admitted to practice in 1987, specialises in criminal law and association matters, is the principal legal advisor to the Police Association of South Australia and has represented numerous police members at coronial inquests.

He also advises organisations such as the Country Fire Service Volunteers Association, Correctional Officers Legal Fund and the South Australian State School Leaders Association, and is a director of the Law Council of Australia and Lawguard Management.

Bailes emphasised the vital role of lawyers in not only protecting people’s rights, but also improving access to justice.

“Victims of Crime payments ... are grossly inadequate,” he said.

“New personal injury reforms have also slashed benefits to people injured in a motor accident, while the WorkCover scheme is failing many injured workers and accumulating a staggering unfunded liability,” he added.

Bailes said all the Top Policy Issues of the Law Society of SA, which the society will be concentrating on in 2014, share a common goal of improving access to justice.

“Much has been spoken about the problem of making justice accessible to everyone, especially the most vulnerable people in our society.

“The remedy is not an easy one. It will take time, effort, and the initiative of the legal profession, courts and government. It will also require the courage to embrace new ideas and adapt to a rapidly changing social, technological and business environment,” said Bailes.

The Law Society of SA’s Top Policy Issues for 2014 are: