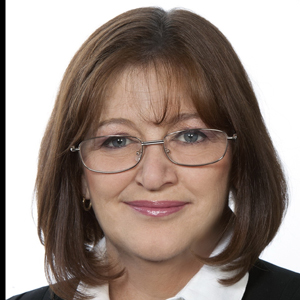 Cyber bullying, access to justice and increasing isolation and loss of collegiality among small practitioners are among the areas the president-elect of the Law Society of NSW wants to address.

“The really big issue I see is access to justice; there’s certainly been an erosion in that area in the last 10 years,” said Ros Everett (pictured), who cited cuts in legal aid funding as one of the reasons for this erosion.

Everett, who is a sole practitioner in Penrith in Sydney, also spoke to Lawyers Weekly about some of the problems facing small practitioners.

Everett also cited the problem of succession for small practitioners in rural areas and the erosion of areas of “traditional” legal work, such as workers compensation, where claimants are now frequently not entitled to have a lawyer represent them.

“It reminds me of that quote by Shakespeare, which I think is one of the most misunderstood in literature ... ‘Kill all the lawyers’,” said Everett. “In reality ... that means people are then left to their own devices and have no one to help them, so it’s really a bad thing when you take lawyers out of the equation.”

Everett was also recently appointed to the board of legalsuper, the legal industry’s largest superannuation fund, a role she says she is “really enjoying”.

“I’ve always had a strong interest in the share market and economics and that kind of thing so it was just a natural progression,” she said.

Everett added that she would like to see more women sitting on boards, but she is not in favour of quotas.

“I don’t like the idea of a quota, I like the best person for the job, but I would definitely like more women to put themselves forward.

Everett also revealed the charity she will be supporting during her term as Law Soc president; every year the president of the Law Soc chooses a charity to promote during their term.

“My charity is going to be for young soldiers returning [from overseas],” revealed Everett. “I have a son in the army and he has served in Afghanistan and I see a lot of young boys coming back from over there.

“There’s one group called Soldier On and ... they seem to be doing a really good job with young fellas who are ‘broken’ when they come back from war, so I think if I can raise some money for that that would be a really good thing to do.”