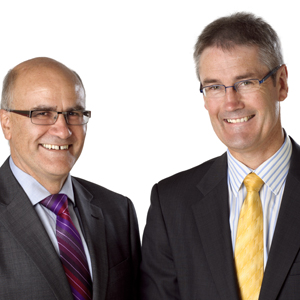 Two partners and their teams will depart Melbourne-based boutique insurance firm Monahan + Rowell ahead of its merger with Colin Biggers & Paisley (CBP) on 1 June.

“Joining forces with Moray & Agnew offers us the best of both worlds. A focus on the local market combined with the luxury of being part of a substantial and enviable national insurance firm,” said Butler who, like his departing colleagues, has expertise in large-scale insurance litigation, insurance policy advice and managing complex claims involving professional indemnity, product liability, employment risks and public liability.

“We complement Moray & Agnew’s existing insurance practice and add to it with our predominant focus on advising ASX companies on the matrix of insurance and risk issues confronting self insured corporations.”

Bill Papastergiadis, managing partner of Moray & Agnew, said the new additions would make the firm one of the biggest insurance firms in Victoria, “if not, the biggest”.

“In the last six years our Melbourne office has grown by over 300 per cent,” he said, adding that he expects the growth to continue with the new recruits.

But Moray & Agnew will have to compete with the combined power of CBP, which has been a Sydney-based firm for over 100 years, and Monahan + Rowell in a few months time.

CBP has around 28 partners and an additional 107 lawyers and paralegals on its books, while Monahan + Rowell currently has about eight partners and 20 lawyers.

In December last year, Lawyers Weekly broke the story that CBP would be merging with Monahan + Rowell in 2012. Dunstan de Souza told Lawyers Weekly at the time that the Melbourne office would look to appoint construction, property and dispute resolution specialists shortly after the merging of both firms.

While not looking to become a large, national firm, de Souza said CBP would consider opening offices in additional cities if there was client demand for further expansion.

"If it is successful and comes off, we would look at other things” he said.

At the time of publication, Lawyers Weekly had sought an interview with one of the departing Moray & Agnew lawyers.

See further coverage of these appointments online this week and in next week’s edition of Lawyers Weekly magazine.