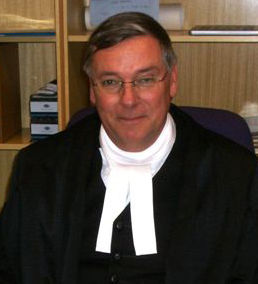 District Court judge Peter Johnstone has been elected as the new president of the New South Wales Children’s Court.

“Aside from being a well-respected member of the judiciary, Judge Johnstone has occupied a number of important legal management positions,” said NSW Attorney-General Greg Smith upon announcing Johnstone’s appointment.

“As a judge he has sat in the criminal and civil jurisdictions of the District Court, in the Medical Tribunal, and has presided over a significant number of child care appeals from the Children’s Court.”

Johnstone has served on the bench of the District Court since 2006. He has also served as a deputy chair of the Medical Tribunal since 2008 and as a part-time commissioner of the NSW Law Reform Commission since 2010.

Prior to taking public office, Johnstone worked as a solicitor for 33 years. He held a number of senior positions at Blake Dawson Waldron (now Ashurst), including national chief operating partner and managing partner of the firm’s Sydney and Melbourne offices.

Johnstone will begin a five-year appointment as president of the Children’s Court on 1 June. He replaces Judge Mark Marien who will return to the District Court.

“I congratulate Judge Johnstone on his appointment and thank Judge Marien for his significant contribution as the State’s first president of the Children’s Court,” said Smith.