International airport deal gets lift off 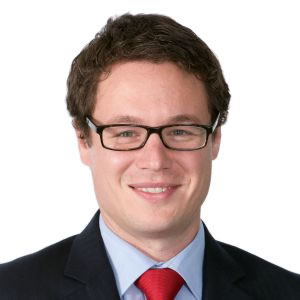 Three international firms have advised on the acquisition of the Port Hedland International Airport.

Deal: The AMP and ICG consortium acquired a 100 per cent interest in the Port Hedland International Airport from the Town of Port Hedland.

Key players: A Sydney-based corporate team from NRF, led by partner Nigel Deed (pictured), was assisted by Anita Choi, Raymond Lou, and Claudia Yasukawa. Andrea Rezos and Charmian Barton managed the property aspects of the transaction from the Perth office, while Chris Redden, assisted by Jenida Satem and Celia Boyle, managed the debt financing on behalf of the consortium from Sydney. Brisbane partner Tom Young advised on aviation regulatory and operational matters and Adrian Ahern handled the equity structuring for the consortium.

Deal significance: According to a release by NRF, the transaction documents, signed on 15 September, included an agreement to enter into a 50-year long-term lease, pursuant to which the AMP and ICG consortium will acquire a 100 per cent interest in the Port Hedland International Airport from the Town of Port Hedland.

The airport is located between the towns of Port Hedland and South Hedland. Both general passenger and freight flights operate to and from the airport.

Mr Deed said: “The successful privatisation by way of long-term lease of a significant regional airport reflects the continued strong interest in brownfields infrastructure assets from the Australian investment community and demonstrates the adaptability of the long-term lease style privatisation across all levels of government."

International airport deal gets lift off

Last Updated: 18 September 2015 Published: 21 September 2015
The Women in Law Awards is the benchmark for excellence, recognising the empowering women influencing the Australian legal profession, celebrating the female leaders, role models and future champions of the industry. Register for the waitlist today for the opportunity to attend this remarkable awards ceremony and network with top legal professionals and fellow peers.
Visit womeninlaw.com.au