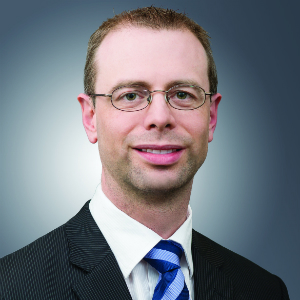 A wind farm being developed in western NSW has been confirmed to be the first greenfield project that will be acquired by the Powering Australian Renewables Fund (PARF).

Deal: A joint venture between AGL Energy Limited (AGL), GE and CATCON has won the tender to develop the Silverton Wind Farm.

Key players: The HSF team advising AGL regarding the tender was led by partners Kris Percy (pictured) and Toby Anderson. Partner Peter Briggs also worked on the land aspects of the deal.

The Allens team advising AGL in relation to its PARF interest was led by partners Kate Axup and Michael Ryan.

Construction of the new Silverton Wind Farm project in the Barrier Ranges of western NSW is expected to be completed by mid-2018. It is the first greenfield project to be acquired by the Powering Australian Renewables Fund (PARF).

Supported by a five-year power purchase agreement with AGL, the wind farm will generate approximately 780,000 MWh of energy annually.

HSF advised AGL on the delivery, planning and land aspects of the Silverton project. Together with GE and CATCON, AGL won the engineering, procurement and construction contract for the 200MW wind farm, with the development cost totalling approximately $450 million.

HSF also advised financiers on the debt facility for the project.

“It was fantastic to work so closely with them. Achievement of financial close was due to a huge level of work and commitment from all involved. We are really looking forward to seeing this landmark wind farm constructed and operating,” Mr Percy said.

The PARF, worth $2-3 billion, is a partnership between AGL, QIC and the Future Fund for the development of approximately 1,000MW of large-scale renewable energy projects.

KWM previously advised QIC and Future Fund in relation to the establishment of the PARF. According to a statement released by the firm, the PARF is an “innovative financing platform” established to invest in large-scale renewable energy assets and projects.

In 2016 AGL provided $200 million in equity funding for the PARF, with QIC, on behalf of its clients the Future Fund and the QIC Global Infrastructure Fund, providing $800 million.

KWM partner Roderick Smythe said the firm was pleased to continue to assist with the expansion of the PARF’s renewable energy portfolio.

“The latest transaction shows the strength of the PARF model, and we look forward to assisting PARF to meet its objective of investing in 1,000MW of installed renewable energy capacity by 2020,” Mr Smythe said.