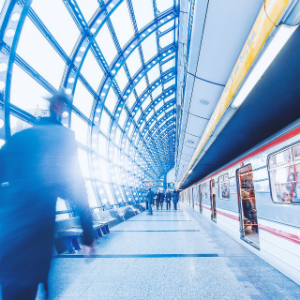 Fresh reports about the would-be union between Norton Rose Fulbright and Henry Davis York have sparked weak speculation that partners in the Melbourne office of one of the firms nipped the idea in the bud.

In November last year, the rumour mill went into overdrive when the long-time speculation of a possible Norton Rose Fulbright and Henry Davis York merger was fuelled by the Australian media.

This week the subject received renewed attention, with reports published by The Lawyer claiming that merger negotiations between the two major firms broke down after NRF board members split over the wisdom of the move.

Lawyers Weekly understands that the scuttled merger hopes cannot be attributed to division on the NRF board.

According to a source, the suggestion that partners in NRF's Melbourne office rallied against the proposal are also incorrect, contrary to the latest report.

“Many Melbourne partners [voiced] their opposition to the union,” The Lawyer said.

In addition to its Melbourne office, NRF also has offices in Sydney, Brisbane and Perth.

The hype surrounding what was one of the Australian legal market’s most talked about would-be mergers of 2016 garnered particular interest from observers of the banking and finance space.

It is believed NRF’s interest in HDY was focused largely on the firm’s desire to build out its restructuring and insolvency group within that practice area.

Commenting on the status of NRF’s banking and finance group, a firm spokesperson said the practice has been “focused on renewal and growth” within its partner ranks and across all practice areas.

The NRF spokesperson also pointed to the recent recognition of two of the firm’s banking and finance partners, based in Sydney, who are recognised in the Chambers global rankings.

“Our successful national banking and finance practice has been very busy in the last year and we continue to look for growth opportunities,” the NRF spokesperson said.

“We have been focused on renewal and growth in our partnership, and were pleased to welcome eight lateral partners and promote nine new partners in 2016 across several offices.

NRF attained a band three firm ranking for banking & finance in the latest Chambers Asia-Pacific Guide, alongside King & Wood Mallesons, Herbert Smith Freehills and Freshfields Bruckhaus Deringer. Allen & Overy, Clifford Chance and Linklaters topped Chambers’ firm ranking for this category with band one acclaim, followed by band two firms Ashurst, Baker McKenzie and White & Case LLP. Speculation of the NRF-HDY union died down by late November last year, when both firms went on the record to indicate no plans to merge were underway. Both NRF and HDY did state, however, that new opportunities to expand were always being considered.

In November a representative from NRF said:

“There is often market speculation about mergers in the global and Australian context. We, like many firms, are subject to such speculation from time to time. As you would expect, we often talk to people and firms in jurisdictions around the world, about all sorts of possibilities.

“We are currently focused on growth and building out our practice right across the Asia-Pacific region (most recently in Papua New Guinea) and elsewhere, and are constantly evaluating different ways of doing this.”

Henry Davis York took a more reserved stance, with a spokesperson indicating the firm had no intention to merge.

“Henry Davis York currently has no plans to undertake a merger,” the spokesperson told Lawyers Weekly.