Home/
Big Law/
What firm cultivates the most young talent?

What firm cultivates the most young talent? 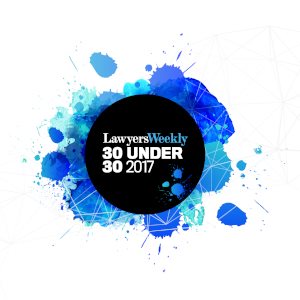 Lawyers Weekly has extrapolated data from its 30 Under 30 finalist talent pool to determine which firms are recruiting the profession’s top up-and-comers.

The 30 Under 30 showcases professional excellence in those new-to-industry who demonstrate a passion for the business of law.

The awards, which will be held at The Ivy Ballroom on Friday, 23 June, will recognise young guns across 15 categories.

In the meantime, Lawyers Weekly has uncovered which firms have the most prominent representation throughout the categories.

Our data has revealed that Herbert Smith Freehills has the most total finalists in the 30 Under 30, with 11 all up.

In second place with the most total finalists is King & Wood Mallesons with 10. This is followed by MinterEllison and DLA Piper who both have eight finalists in the 30 Under 30.

Gilbert + Tobin claims the next highest number of finalists with six, and Clayton Utz and McCullough Robertson both have five.

Allens, Ashurst and Norton Rose Fulbright round up the top 10 firms in terms of number of finalists in the 30 Under 30, with each having four.

As the legal market is increasingly competitive, it’s become even more crucial for firms to maintain their focus on attracting the best and brightest to their fold.

As junior lawyers’ expectations change, firms are encouraged to change too, enabling them to foster this homegrown talent.

Lawyers Weekly recently published a report by MLA Global on the evolution of these up-and-comers. The report touched on where the respondents, the bulk of which were made up of those new-to-industry lawyers, saw themselves in 10 years.

Almost 20 per cent said they expect to be involved in in-house counsel in 10 years, 16 per cent said working for government or a non-profit organisation, 6.25 per cent said running their own firm or practice and 8.82 per cent said not practising law.

Not one respondent selected the option of being involved in legal academia in 10 years.

The report also revealed variables as to what would make them accept a potential employer’s job offer.

The majority of respondents cited firm culture as the most important variable, followed by work/life balance, then career prospects, compensation, practice strength, location, prestige and training on offer – in that order.

The focus on the next generation of lawyers should not be lost. That’s why it’s even more integral to support them through initiatives like the 30 Under 30.

For more information about this year’s event, click here.

What firm cultivates the most young talent?