Multiple or concurrent class actions are undesirable as they increase costs. Class actions were designed to allow for the sharing of costs and economies of scale, writes Michael Legg.

Allowing more than one class action to be brought means that efficiencies are lost and costs are duplicated. Less compensation is returned to group members.

However, the courts have been reluctant to choose between competing class actions because they are wrongly viewed as being like normal litigation.

At present a class action can be issued as of right and the courts place weight on clients being able to choose their own lawyer and funder. In class actions the situation is reversed, and the lawyer and funder chooses the client. Or more accurately, group members fall into the group description chosen by the lawyers and funders. It is suggested that what group members really want is to minimise the cost they pay to recover their alleged losses.

To make the selection, the court needs criteria by which to compare the class actions.

In addition to meeting the existing conditions for commencement, namely, same, similar or related circumstances and a common issue of fact or law, the court should chose the plaintiff most able to bring the proceedings. This would require a focus on the plaintiff’s ability to (1) provide adequate representation of the group; (2) retain sufficiently skilled and efficient legal representation; and (3) obtain cost-effective financing sufficient to conduct the proceedings.

Adequate representation means the ability to represent and protect group members’ interests with diligence and loyalty. There should be lawyers retained that are sufficiently competent and efficient.

The aim is that there is only one class action which is brought on behalf of all group members. The other proceedings are unable to proceed.

However, devising an approach for selecting a class action to proceed does not end the issue. A law firm/funder that is not part of the class action selected to proceed may encourage their clients to opt out, with the result that there is a large-scale exit of group members. Those group members may sue individually or together.

However, to prevent the selection of a single class action and consequent reduction in costs being undermined, further reform is needed. This means choosing between the goals of reducing the costs associated with multiple proceedings and allowing group members to select how their claim will be prosecuted. It may be necessary to stay in any non-group proceeding until the group proceeding is resolved.

The ability of group members to opt out is maintained but they go to the back of the queue. 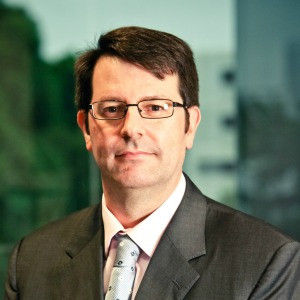 Michael Legg is an associate professor at UNSW Law, as well as director of the IMF Bentham Class Actions Research Initiative at UNSW Law.