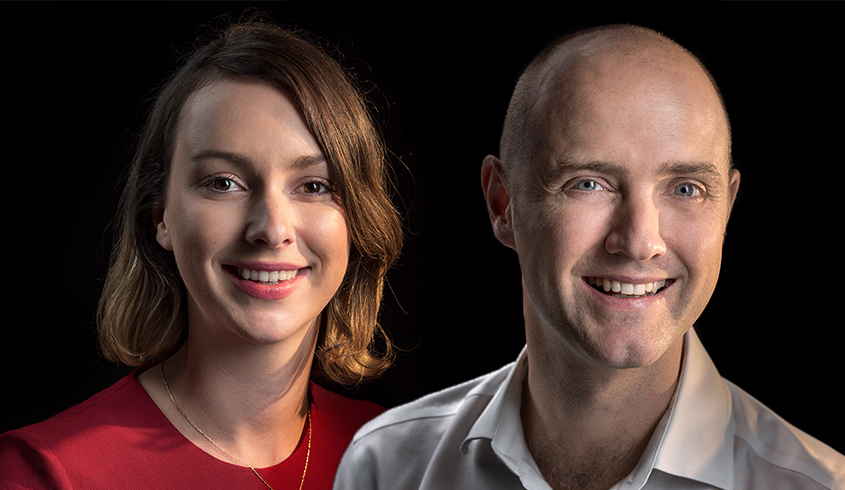 Flexibility, adaptability and affordability will be prominent features of leasing arrangements for law firms nationwide post-pandemic.

COVID-19 has upended the commercial leasing space, which should and will result in changes to how law firms enter into such leasing arrangements in a post-pandemic landscape.

Speaking recently on The Lawyers Weekly Show, Kai Schindlmayr and Holly Bailey — both directors at tenant advisory and project management firm Kernel Property — said that while law firms, big and small, have been impacted by the need to vacate offices during the pandemic, those that were better equipped technologically and had better accommodations for remote working will have fared better.

“The biggest impact will have been to firms that have been resistant internally to change and have lagged from a technology perspective,” Mr Schindlmayr said.

Regardless of one’s preparedness for the pandemic, however, commercial leasing arrangements entered into by firms will look quite different in the future, the pair said.

While firms will have been unlikely or unable to terminate leasing contracts unless they had force majeure clauses in place, Ms Bailey explained, emergency clauses will almost certainly become a feature of such contracts.

“Force majeure clauses don’t actually exist in Australian commercial office leases — or only very, very rarely. They’ve been replaced with rent abatement for destruction of buildings. So, there can’t be a cancellation of the lease just because you’re not able to access the premises, and even in the United States where force majeure clauses are in every single lease, they haven’t been successful in getting rent relief over there. It’s very inequitable in that tenants aren’t able to get relief,” she said.

However, there are instances from which drafters of contracts can take lessons, she added.

“In New Zealand, after the [2011 Christchurch] earthquakes, there was a ‘no access in emergency’ clause that’s been inserted into every lease, which has come up recently, and tenants are entitled to a level of abatement on those clauses. Something like that being incorporated into Australian leases moving forward makes sense.”

Traditionally, commercial leases have been drafted in favour of landlords, Ms Bailey continued, and having the foresight to insert a force majeure to protect against a pandemic would not have been considered until now. As such, COVID-19 has brought into sharp focus the need for greater flexibility for tenants, she surmised.

“Putting in causes like contraction clauses, termination rights, expansion rights have just not been possible because it’s been so heavily geared towards landlords. But because we’re coming into a market where we’re going to be awash with space, both new direct and subleased space, the opportunities for incorporating these causes is much higher and quite necessary, frankly,” she said.

“Gone are the days, I think, of signing 10-year leases without flexibility for anything, so you want to have the ability to terminate, to contract and to flex within the building. I think they are really important features moving forward.”

A flow-on consequence of this, Mr Schindlmayr added, is that the conversations with landlords are going to change in that they will be more receptive to the needs of firm tenants and their office design plans.

“Six months ago, if I sat down with a law firm to plan their next premises and we talked about the need for flexibility and adaptability in the design of the office to cater for potential monumental events like a pandemic, I probably would have been laughed out the room. [What we now know for certain is that] a good office — whether it be for a law firm or a technology company — is one that’s efficient in its use of space, flexible, adaptable, and can cater for a number of scenarios,” he outlined.

“Firms will have to be smarter about how they’re spending money. There will be a big shift in terms of the spaces firms are taking, and with more of a short to medium-term focus. I think it’s a great position for a tenant to take, because it means they can move into a space that’s already there for them and spend as little capital as possible. They will have to adapt into a new environment, which will be supported by the experiences that they’ve had from working from home and how they’ve operated.”

It’s a “great time” to be a law firm tenant, Ms Bailey proclaimed.

“There’s more sublease space in market today than there was in the early 1990s, when the market was very, very soft. That trend is just increasing upwards every day. Every day, we’re seeing new space come online, whether it be from a law firm or otherwise, which is creating this very frothy market which is running in parallel to a direct lease market, which is also falling off a cliff,” she said.

“We’re thinking 50 cents on the dollar, and if you’re a new firm looking to start out, I think there are some really awesome opportunities to pick up space and save the hassle and the foresight of having to do a fit-out for an office that you’re not sure what it’s going to look like in three years’ time. Sublease space gives up flexibility to almost plug and play into someone else’s space, and without the hassle of having to do a long-term direct lease.”

“There’s going to be some really awesome opportunities around the country,” she concluded.

To listen to the full conversation with Kernel Property, click below: