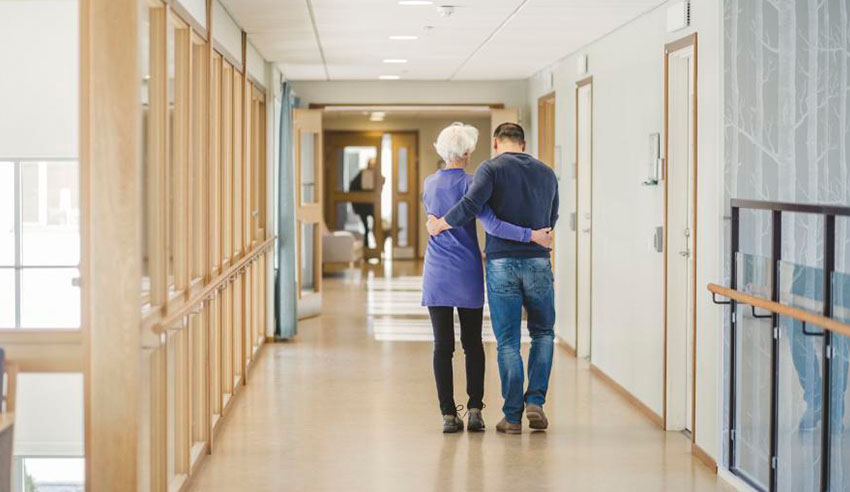 Addressing the government’s poor track record and concerns that it is not “serious” about aged care reform, lawyers have called for the Morrison government to act urgently to implement the 148 recommendations made in the final report.

The federal government has already promised to spend almost half a billion dollars on immediate measures to overhaul the aged care sector, but the legal profession is still concerned that its lack of action over the past two decades will lull the federal government into complacency which could “delay necessary action”.

Australian Lawyers Alliance (ALA) spokesperson and lawyer Catherine Henry said that while the recommendations have been welcomed by the association body, their concerns are primarily with how quickly the government will act.

“Five years is too long to wait. An urgent response to the problems in the sector is required. Despite more than 30 reviews over the past 20 years, we have not seen any evidence of an appetite for reform,” Ms Henry commented. “A new Aged Care Act is critical, and we need to get this right but waiting for this legislation to be drafted cannot be an excuse to delay the implementation of other essential actions.”

She added that the federal government was quick to promise that it would implement recommendations from the financial services royal commission, but two years on a majority of the reforms have been delayed and others abandoned completely.

“This is not acceptable, and it will not be acceptable for the aged care royal commission recommendations to face similar delays,” Ms Henry said.

Ms Henry added that strong and robust regulation of the sector is one of the most important aspects of the reform process and it is a “great shame” that it was an area that the commissioners could not agree on. This uncertainty from the commissions could cause confusion within government, which could then foster further inaction.

“The regulatory system for aged care is a spectacular failure and we need a new regime that delivers robust regulation, transparency of data and a broad suite of legal avenues available to hold providers to account when they don’t meet expectations. The sector is in crisis and the government must act urgently to implement recommendations and put in place stronger regulation,” she said.

The Law Council of Australia (LCA) said that the recommendations have indicated that there is “much to be done” to address the systemic issues within the sector. It includes a philosophical shift that places the people receiving care at the centre of quality and safety regulation, said president Jacoba Brasch QC.

While the LCA is pleased to see that the royal commission has signalled the need for a fundamental shift in thinking for a human rights-oriented approach, it agreed with the commission that “rights are, of course, of little use if they are not enforceable”. It has called for these rights to be “legislatively enshrined” in the new act.

The LCA said it is pleasing to see the report call for the introduction of a new serious incident reporting scheme, as proposed by the legal body. Dr Brasch said there is now a need to ensure that the legislative instruments implementing the scheme “are appropriately clear and defined to ensure they will work effectively in practice”.

The LCA will spend time considering all 148 recommendations, however it said that at this stage, it is pleased to see that the report called for improving independent oversight, stronger regulation of the use of restrictive practices, new requirements for minimum staffing levels and minimum qualifications for staff and more.

“The Law Council recognises that significant work is being undertaken by the Australian government towards addressing these challenges, including the immediate injection of $452 million,” Dr Brasch said. “Unfortunately, there must be a change in the ethos of the legislative framework and a new Aged Care Act, based on the simple concept of respect for the individual.”

The Governance Institute of Australia has also welcomed the release of the report, and commented particularly on its recommendation for an ongoing training program for aged care industry directors. Chief executive Megan Motto said that while it was a “much-needed start”, it needed more action.

Shine Lawyers will be assisting a woman who found her mother had been suffering from mistreatment at Regis Nedlands, an aged care facility that was sanctioned by the Aged Care Quality and Safety Commission for putting residents’ safety at risk.

Their client, Katrine Selmer Johansen, will be seeking nervous shock and economic loss claims following the treatment of her mother, who was allegedly found lying in her own faeces and was deliberately ignored by staff. Ms Johansen added that her mother’s phone had also been switched off by carers at the facility.

Ms Johansen also told ABC that “there was a hole about two inches in circumference right through to the spine”. Her mother had begged her to remove her from the facility while she was hospitalised for the wound.

“It beggars belief that the facility would shirk responsibility for this injury, blaming our client’s mother for being non-compliant,” said solicitor Kenneth Rukunga. “They still haven’t provided a worthy explanation for this negligence.”

While sanctioned, the facility cannot receive Commonwealth government funding for six months. The commission is closely monitoring reports of abuse in the interim and further sanctions may result in the removal of the centre’s accreditation.

Shine Lawyers has been speaking to other family members of those in care at the facility.

Last Updated: 02 March 2021 Published: 03 March 2021
The Women in Law Awards is the benchmark for excellence, recognising the empowering women influencing the Australian legal profession, celebrating the female leaders, role models and future champions of the industry. Register for the waitlist today for the opportunity to attend this remarkable awards ceremony and network with top legal professionals and fellow peers.
Visit womeninlaw.com.au