Making the tough transition from military service into the legal profession 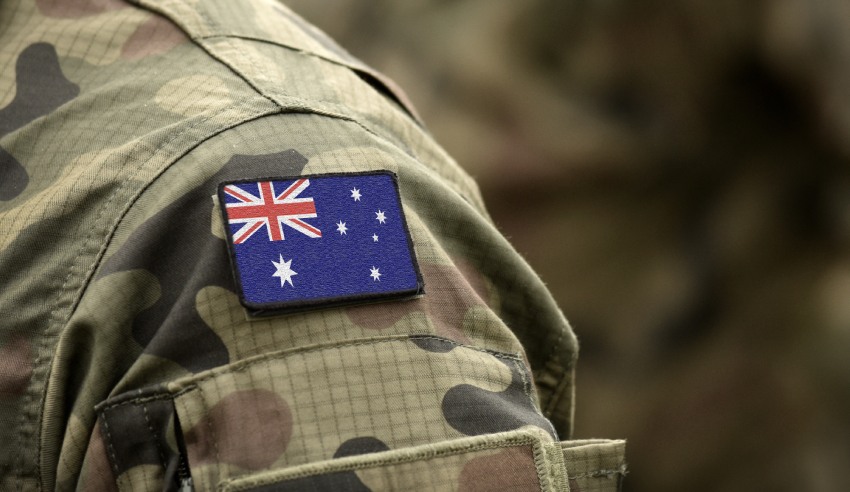 From being treated like colleagues through to learning how to incorporate the details of their service into résumés and interviews, Australian Defence Force veterans are being guided through the transition into the legal profession with expert assistance from one of Australia’s leading firms and lawyers with their own defence experience.

For former Australian Army team leader Andrew Evans, it had felt counterintuitive to expand on his time spent in service on his CV but through strong and consistent support from his mentor at Herbert Smith Freehills (HSF), the fourth-year bachelor of laws with honours student has learnt to not “gloss over” the details.

“The reason for this is because, having been in an infantry unit, I felt that I didn’t have many relevant skills suitable for civilian employment. I’m not aware of any civilian professions which value someone being able to fire a mortar, for example,” Mr Evans told Lawyers Weekly on what he felt kept him from entering the profession.

“From the information, advice and lessons I have received while participating in this programme, I’ve realised that all I’ve been doing is underselling myself. My mentor has provided invaluable advice by showing me how the skills and attributes I gained from the army can be transferred over into working in the legal profession.”

Mr Evans is one of 11 mentees paired with HSF lawyers as part of its Veterans Mentoring Initiative, which is itself part of the Veterans Network programme. It was launched just before Christmas 2020 and is aimed at equipping former soldiers with information and guidance with a view of easing their path into the civilian workforce.

His mentor has been a lawyer for 30 years, 20 of which as partner. Although there have only been a few meetings so far, “I am getting more of an idea of what to expect when I enter the profession, which will allow for a smoother transition”.

According to Melbourne solicitor in finance and co-founder of the initiative, Omer Rom, acclimatising to the civilian world can be “incredibly challenging”, especially for soldiers who have spent a long time in the Defence Force. He said the firm is eager to support those who are hoping to switch from the military into the legal profession.

“Simply put, our Veterans Network is committed to reducing the challenges that veterans face when seeking to transition to civilian employment. Additionally, we seek to allay any doubts about the suitability of veterans to professional roles. We achieve this by providing information, guidance and help with bolstering the appeal of veterans to prospective employers,” Mr Rom commented.

Following an initial meeting, a mentee and their mentor will determine a plan for more meetings, mostly conducted virtually to accommodate every location. In addition, the mentees have the option to access workshops held by the firm that cover topics such as CV writing, the graduate recruitment process after university and networking. Which and how many sessions veterans would like to attend are entirely up to them.

Mentor and Brisbane disputes partner Mark Darwin has been working with a veteran for four months with a video call every month to six weeks. Their meetings now consist of the veteran sending through a guide of what he would like to get out of the session, with the most recent involving going over interview handling and leveraging his time spent in a military career to network and promote himself.

“I think the main takeaway is that having a military background is something to be owned and promoted because it’s a really positive differentiator from the majority of graduates coming out of law schools,” Mr Darwin said. “Sometimes I think the veterans want to hide or gloss over their past military career as they don’t see it as relevant, but I think it’s a highlight that many prospective employers will see.”

Mr Darwin’s son currently serves as a pilot in the air force, and, through him, he has seen the “unique training” that people in the Australian Defence Force (ADF) get in the management and leadership skills they develop along the way. He said that he was happy to get involved and to help out veterans with their transitions.

He said that he remembers when his son was looking to start with the air force but was having trouble finding people to answer his questions. Instead, they had to go looking for people through personal connections to find out as much as they could.

“Every single current or former ADF member we spoke to was very generous with their time and I kind of feel like this is my opportunity to pay back those veterans for the generosity of their colleagues,” Mr Darwin said of the inspiration behind his help.

This unique training as soldiers consists of working in teams and being encouraged to exhibit leadership skills right from day one. Mr Rom said that throughout their military careers, armed forces members are encouraged to overcome the many challenges thrown at them while thinking analytically, rationally and laterally.

“These challenges can include performing difficult tasks that can continue late into the night or early morning, sometimes for days on end. Military training also means that veterans rarely underestimate the gravity of error, no matter how small. Add a legal degree to those characteristics and there is potential for a fantastic lawyer,” he said.

Mr Evans said he prefers to enter the profession before deciding on the particulars and his main focus at the moment is completing his honours, graduating from law school and securing a position. While he has enjoyed having a “taste of the industry” so far, prior to this programme he occasionally went through phases of imposter syndrome.

“I’m confident that I’ll be able to do the job, and I enjoy meeting and talking to people of this calibre, but I still sometimes ask myself if I’m out of my depth. This programme has helped to alleviate that concern,” Mr Evans said.

“The mentors and leaders aren’t making us believe that the prospect of working in a law firm is some sort of unattainable goal. They clearly see us as more than capable of being lawyers and, as such, we are treated as colleagues. Generally, having that level of acceptance from other professionals will make any transition easier.”

He said the programme has delivered more than what he expected, and his mentor has been “extremely helpful and forthcoming”. The programme’s staff have also been proactive in providing ongoing workshops to assist in preparing for law.

For potential employers, Mr Evans asked that they remember that while former soldiers do come with a wealth of valuable skills and attributes that can be easily transitioned into a legal workforce, it’s important to remember that they may also possess a particular, rigid mindset that is used to highly centralised, strict structure.

He said that from day one, soldiers are trained through basic training to develop instinctive obedience to lawful orders and to carry out these orders quickly and without question. While this kind of automatic reaction could be efficient for some workplaces, Mr Evans said this mindset does not leave much room for free thinking.

“Studying at university generally helps address this, but if more legal placement opportunities are made available for veterans, they will see that initiative and independent thinking are encouraged and valued in the legal industry,” he said.

“Further, throughout a soldier’s career, they are acutely aware of where they stand within the military structure and what their function is. Placements will show veterans that they will need to adapt to working in a different environment once they see first-hand that the workplace dynamic of a law office is very different to that of a military unit.”

In the near future, Mr Rom said he hopes to see increased recruitment of veterans to clerkships and graduate programmes, which would provide an opportunity to demonstrate the many benefits of employing someone who has served in the armed forces, “and in turn reinforces the value of supporting veterans”.

He said the firm is aiming to offer the initiative to veterans studying in non-legal fields, such as commerce and IT. In the long-term, he hopes to see other organisations offering programmes that support veterans to meet the transitioning challenges. He said the opportunities to provide support are numerous and the impact is “significant”.

Apart from the valuable lessons and information that he has been exposed to already during this programme, Mr Evans said that one other surprising thing he has gained from the experience is a “renewed sense of pride in my military service”.

“I’ve always been proud of my time in the army but, having been out for nine years, those days have gradually become a distant memory as I’ve moved on to other things. However, my mentor and the HSF team have reminded me that I really have something to offer from having been in the army, and this has instilled in me a belief that my time as a soldier was not only valuable in terms of service but also that the skills and attributes I gained are sought after in my new career path,” he said.

Making the tough transition from military service into the legal profession