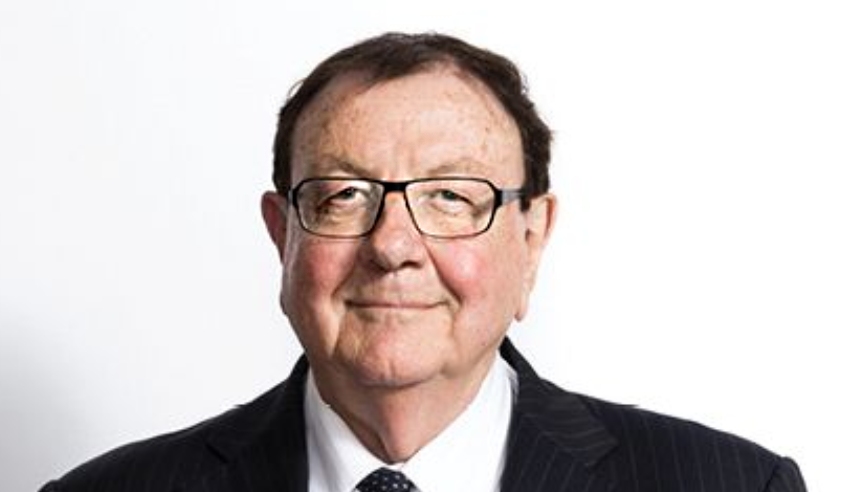 Reflecting on the controversial secrecy arrangements surrounding the prosecution of Witness J, former NSW Supreme Court justice the Honourable Anthony Whealy QC has told a public hearing and the director-general of ASIO that he would want judges to inquire further into closed court or suppression order requests under the NSI Act.

Appearing before the Independent National Security Legislation Monitor (INSLM) Grant Donaldson SC, Justice Anthony Whealy said there is a “clear danger” of judges acting unhesitatingly on procedures agreed by all parties under the National Security Information (NSI) Act “without adequate scrutiny or without reflection”.

According to Mr Donaldson, Justice Whealy has overseen more matters under the NSI Act than any other judges in Australia. Reflecting on his first, Justice Whealy said that the act had almost “taken over the proceedings” – at least in terms of the preliminary judgements – but that its argument has become almost non-existent.

“When I came to do much longer trials, I was absolutely startled to see the NSI Act was scarcely mentioned. I was waiting for the arguments, but they never emerged. I [have been] told by judges who sit on these cases now that the public interest immunity argument still occurs quite frequently, but the NSI argument doesn’t at all,” Justice Whealy told Mr Donaldson.

“It’s rather dangerous because judges have come to accept that where the parties come before us [with an agreed order under the NSI Act], we simply make it. We don’t think about it carefully enough.”

The inquiry has considered the laws that kept Witness J’s trial over five offences related to the mishandling of classified information in the dark and will determine whether section 22 under the NSI Act was appropriately used to do so. The inquiry will ultimately decide whether the law should be changed for a more open system.

In referring to the 2020 Comprehensive Review of the Legal Framework of the National Intelligence Community, Justice Whealy pointed out that intelligence agencies such as the Australian Security Intelligence Organisation (ASIO) as well as the Attorney-General’s Department “don’t always appreciate the balance that needs to be struck” between public security and preserving the administration of justice.

“As judges, we have to bear in mind constantly that that’s what we have to do: we have to strike a balance between those two concepts,” Justice Whealy said. “Against the background of that proposition, I would say the lesson from the [Witness J] case is absence of any submissions on section 22 orders at various stages, with note of absence of public reasons, and we are in the dark about what that information was.

“We are therefore concerned at the extraordinary outcome that there is a secret trial held, [which is] something we associate with a totalitarian country,” he said, adding that judges should remember they are entitled to “dig a little deeper” into some requests because it is “not necessary to go as far as the agencies want to go”.

On the topic of striking the right balance, Law Council of Australia (LCA) president Dr Jacoba Brasch QC similarly proposed that while there are cases where the suppression of information about criminal offending and closure of courts are necessary, “open justice is one of the primary attributes of a fair trial”.

“It is a fundamental rule of the common law that the administration of open justice takes place in an open court, except in the most exceptional of circumstances,” Dr Brasch said. “It appears that the NSI Act requires some reform to recalibrate the balance between the requirements of open justice and protecting the community against the disclosure of information that may genuinely prejudice national security.”

In terms of the Witness J case, Dr Brasch said that it is “hard to see the extent of the secrecy” surrounding the person at the centre of the secret trials as it relates to a “proportionate response to the requirements to protect national security”.

As for future steps, Justice Whealy said that judges should be provided more assistance, including better education and counselling from experts within the judiciary as has happened in the UK model with a specialist court.

“There are clearly judges that are specialists [in national security cases] and I can’t see any reason why their experience can’t be channelled into the jurisdictions around Australia to provide a counselling, education process. Education can extend to understanding the principles of open justice as they apply in cases like [Witness J] and apply in particular under any matter that arises under the NSI Act,” Justice Whealy said.

Additionally, he said it would be useful that the INSLM considers permitting judges a crash course on the ramifications of national security and whether having a special advocate sit in on appropriate cases can assist in the management of procedures.

Speaking to the public hearing earlier, Human Rights Law Centre (HRLC) senior lawyer Kieran Pender said a “degree of openness is necessary”, whether that is allowing journalists into the courtroom under strict confidentiality agreements or permitting suppressed documents to be kept under lock and key but reviewed regularly to determine when it is appropriate to be released to the public.

“Matters in the [Witness J] case at the moment go to national security and safety concerns [but] in 50 years may not. As we currently understand the scheme to exist, there are no mechanisms in place that in 50 years’ time will allow us to access the documents that were lost in the case. That is a loss to historians,” Mr Pender said.

In a statement prior to the hearing, Mr Pender said there was “no place for secret trials in Australia” and that the Witness J matter is concerning: “Not only was he charged, sentenced and jailed for secrecy, but the very existence of his case was concealed. If it weren’t for fortunate coincidences, it might never have come to light.

“The mere possibility that someone can be secretly arrested and jailed for years without the public ever knowing erodes confidence in our legal system. The NSI Act needs to be reformed as a matter of urgency to ensure minimum level of openness.

“Without urgent reform, there is nothing to stop more secret trials.”

“The participation by personnel who are members of intelligence agencies in criminal proceedings means that it provides opportunities to determined adversaries to identify them [and] undertake collection activities,” Ms McMullan said.

ASIO director-general of security Mike Burgess also cautioned that allowing the public to know “innocuous” information like dates of hearings could allow adversaries to “piece it together to reveal more sensitive information”.

“My point is simply that in some cases, where we investigate spies, exceptional circumstances do come up. When that happens, it is important that the law gives the court powers to make [secrecy] orders,” Mr Burgess said, adding that to abandon the secrecy provisions altogether would mean intelligence agencies would have to give up certain prosecutions that might have “sent a strong message” to adversaries.

Deputy secretary of integrity and international group with the Attorney-General’s office, Sarah Chidgey, said that the “starting position” for the department would be to permit proceedings to be conducted in open court as much as possible, but that the circumstances surrounding the Witness J matter were “unique”.

In terms of moving forward, Ms Chidgey said the department would be open to adding a section into annual reviews that lists the number of times section 22 under the NSI Act has been enacted and the general overview of the matters.

Speaking to Mr Donaldson’s “surprise” that part of section 22’s controversy is a doubt that the judge does not hold the power to accept or reject the argument, Ms Chidgey said that the department would be open to making the section clearer to further clarify that the judge holds the “ultimate discretion” on the orders made.