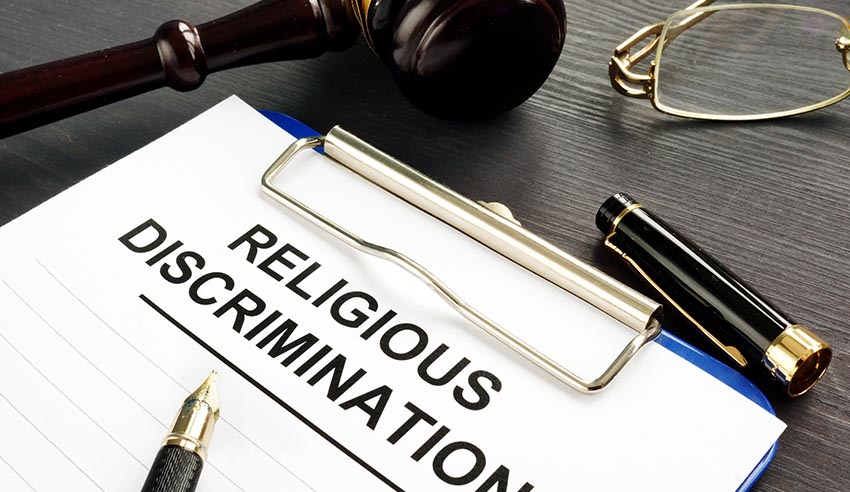 The Liberal and Labor members behind a senate committee inquiring into the Religious Discrimination Bill has mostly approved the legislation, including some form of the controversial statements of belief clause that would permit religious schools to discriminate against teachers and students on the grounds of their religious belief.

On Friday afternoon, when the senate standing committee on legal and constitutional affairs handed down its inquiry report into the Religious Discrimination Bill, it acknowledged that while there was “some apprehension” about parts of the bill, it was “persuaded that the unique nature” of religious beliefs warrants specific clauses.

Despite hearing the concerns from human rights and legal groups, the committee – bar the dissenting report from the Greens – said it was “not convinced” that affording protections to people of faith to express moderately held religious beliefs made in good faith “would disturb that balance or skew it in favour of one particular attribute”.

“A healthy pluralist society must allow for people of religious faith to act and express in accordance with their beliefs – and likewise for those not of religious faith. The Religious Discrimination Bill seeks to protect this key value, while acknowledging that such a right is not absolute,” the committee wrote in its 150-page report.

“In particular, the limitations placed on clause 12 (and other provisions of the bill) provide the space necessary for people of religious faith to practice their faith while also protecting social cohesion and the fundamental rights of others.”

The committee noted that this part of the bill was contested by members of the legal community, which they said “points to the legal complexity of the bill” and the likelihood of judicial consideration. However, it also wrote the government should ensure the constitutional questions are addressed prior to the bill being passed and that it takes note of considerations of this issue.

Labor acknowledged that the statements of belief clause and another permitting religious institutions to discriminate when hiring are “intended to address real and legitimate concerns” of religious organisations and people of faith.

“Certainly it is the case that we support the right of a religious school to give preference in employment with a view to ensuring that the school is able to reasonably conduct itself with its religious ethos. Preserving that right tis the concern underlying clause 11,” the Labor part of the committee’s consideration read.

Labor added it does agree that the expression of moderately expressed religious view, made in good faith, “should not contravene any Australian law”, and mirrored the committee’s overall view that the government has a role to play in reassuring people of faith of this. This reassurance, Labor added, is the “primary purpose of clause 12”.

Labor added that in the government's haste to address those concerns, the government produced "two complex, divisive and novel provisions" without consulting the Opposition or any state or territory government.

Against the arguments for removing clause 11 and 12, and in light of the lack of consultations, Labor added that it supports the committee's recommendation that the government considers the "many concerns" raised by submitters and has requested that they work with stakeholders to address those concerns.