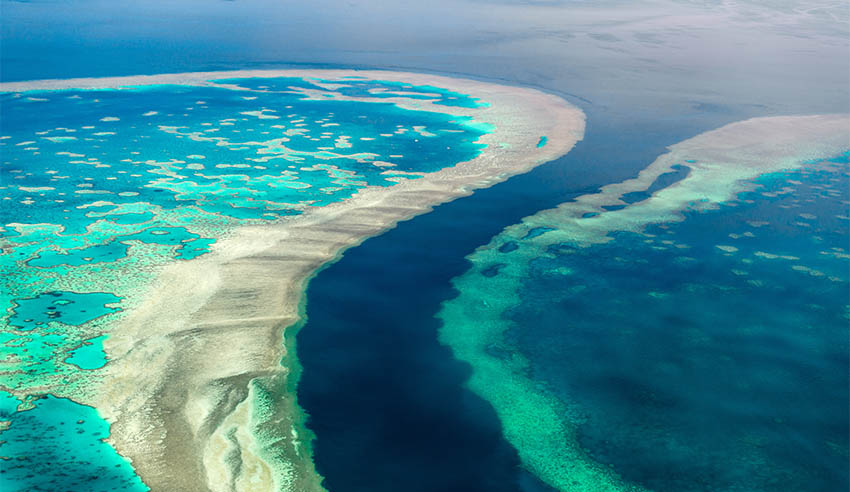 The Environmental Defenders Office (EDO) is seeking an injunction from the Federal Court against Woodside’s Scarborough Gas Project, over “climate harms” to the world’s largest coral reef system.

On behalf of the Australian Conservation Foundation (ACF), the EDO is set to argue that the $16 billion fossil fuel project should not be allowed to commence unless it is approved under the Environment Protection and Biodiversity Conservation Act.

It will be the first time, EDO said in a statement, that the Federal Court has been asked to look at objective scientific evidence and find that the greenhouse gas impacts of a major offshore gas project are likely to significantly impact the Great Barrier Reef.

“The Scarborough Gas Project is a for-export LNG proposal off Murujuga/the Burrup Peninsula in Western Australia, which will result in the release of an estimated 878.02 million tonnes of carbon dioxide over its lifetime,” EDO said.

“That’s equivalent to more than double the total emissions of Australia’s energy sector in 2020, or 20-times Australia’s passenger car emissions that same year.

“Under federal law, a blanket approval applies to all offshore gas and oil projects, which allows projects to be assessed under a streamlined process by the offshore regulator, NOPSEMA. However, this approval does not apply to projects that are likely to significantly impact the heritage values of the Great Barrier Reef.”

Speaking about the injunction being sought, EDO managing lawyer Brendan Dobbie said that given the “huge amount greenhouse gas emissions set to be unleashed by this project, Scarborough is likely to have a significant impact on the heritage values of our unique and fragile Great Barrier Reef”, which he said is already facing extreme stress due to climate change.

“We’re applying for an injunction against the Scarborough Gas Project in the Federal Court. This is the first time that the court has been asked to consider objective scientific evidence about the greenhouse gas impacts of an offshore gas project on our Great Barrier Reef,” he noted.

“We’re asking the court to restrain construction of the Scarborough Gas Project because of its climate impacts on the Great Barrier Reef.

“We are running out of time to save our reef.

“It’s critical that the impacts of harmful new fossil fuel projects on the Great Barrier Reef are recognised and properly assessed.”