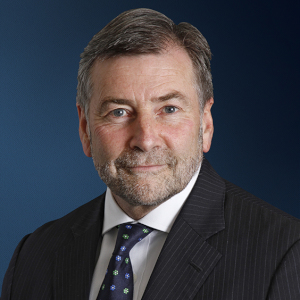 A national law firm says one practice area is set to boom, with more university students wanting to offer this particular expertise.

Mr Parker cited the overlap between family and corporate law in recent years as the main reason for this.

“Young graduates are now positively seeking a career in family law instead of approaching it as a secondary choice after more traditional areas of law, such as corporate law. Part of their motivation is that they now recognise that family law is giving them the option to be exposed to a variety of legal areas, such as corporate law and taxation law, which are now becoming commonplace in many family law disputes,” he said.

“So I think for younger lawyers it’s a really attractive way to practise traditional law.”

Another reason for the rise in graduates wanting to pursue family law is the growing opportunities available to lawyers in this space, Mr Parker said.

“The reality is family law now embraces more subsets, if you like, than it ever did,” he said.

“We now have same-sex parenting, IVF, adoption and de facto relationships, so we have such a large portion of society now that need their family lawyers to have a pretty good grasp on quite a significant range of family law issues.

“It’s just an incredibly exciting area of law. You’re dealing with clients and helping them through what is to them the most singularly demanding time for them in their lives.”

Mr Parker said the number of graduates wanting to specialise in family law matters is likely to pick up even more over the next few years.

“Certainly I think that it will be a trend which will continue. There’s little doubt that the attraction to grads in family law is increasing,” he said.

This influx of graduates practising family law is a win for the legal profession, according to Mr Parker.

“I think we’ve gone a long way past the damaging approach to family law that seemed to pervade the profession 20 years ago,” he said.

“I’d like to think that there’s a much more holistic approach to resolving matters now.

“Certainly when you have cooperative firms, the negotiations are so much more comfortable and you end up with outcomes that you might not otherwise have been able to achieve.”