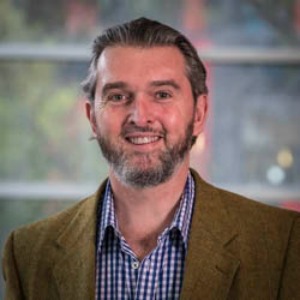 Swinburne University of Technology’s dean of law, Professor Dan Hunter (pictured) has made it openly known that he is opposed to juris doctor (JD) law degrees, and is therefore not offering them at his law school.

“We’re not offering them. I’m not a fan,” Professor Hunter told Lawyers Weekly.

He said the biggest problem is that a JD is significantly more expensive than an LLB, despite difference in what students learn being minimal.

“One of the things about LLBs is that they can be taken, generally speaking, as a graduate. So you can get a Commonwealth-supported place that costs $10,000 per year, for three years, to get a law degree that qualifies you with the academic requirements for practice,” he said.

“The just over $30,000 is also payable on HECS, which is to say that you don’t pay anything until you earn above a certain salary.”

A JD, on the other hand, costs roughly $32-33,000 per year for three years, according to Professor Hunter.

“Alternatively, you could take a JD and get what is exactly the same degree essentially. At the margin there's a bit of a difference perhaps in terms of the numbers of students in the program and it might be a little bit different in terms of the resources that are put in to it – you’d hope so, otherwise it's a really bad deal,” he said.

“I think it’s a really bad deal. If I had to point to an example of students as consumers, I think that a lot of students have this idea that the JD is a better degree, somehow, than an LLB and I think that that's pulling the wool over the students’ eyes.”

Overall, Professor Hunter said the big difference is that LLB students graduate with $30,000 worth of debt, while JD students are closer to $100,000 out of pocket.

“I wouldn’t want to say that offering a JD is unethical, because it’s not, but I think that it’s problematic because you have to offer a hell of a lot more than you offer in an LLB in order to be able to justify it being three times more in terms of costs.”

Meanwhile the president of the Australian Law Students' Association, Paul Melican, has said that some online JD offerings are falling short of expectations.

“We've had an increase in the amount of JD offerings, especially online offerings, that have come about,” Mr Melican said.

“There's probably a few online JD offerings, in particular, that there are some concerns around quality that have been expressed to me from various people perhaps doing those degrees, or often from the face-to-face students in comparing what their course is with what the online offering is.”

He continued: “Also, there’s a lack of support for online offerings. It might be a good offering in terms of the lectures that are available online, etc, but then there's nowhere really to go for that extra support that people might need.”