Singapore setting an example for Aus 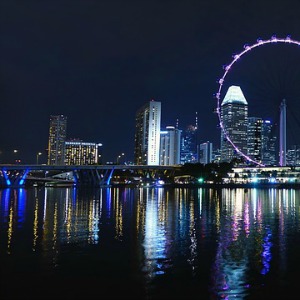 Australia should follow in Singapore’s footsteps and push ahead with restructuring and insolvency law reforms, according to Herbert Smith Freehills experts.

The Singaporean government is moving ahead with changes to its restructuring and insolvency laws and has unveiled draft legislation that includes adopting a number of concepts from the United States’ Chapter 11 process.

Two Herbert Smith Freehills’ restructuring, turnaround and insolvency experts have said that Australia needs to do the same so that greater flexibility can be provided and viable businesses can be rescued.

“Singapore has introduced a forward-thinking collection of reforms to strengthen its restructuring laws. This is part of Singapore’s strategy to become a regional debt restructuring hub and the ‘go-to’ venue for complex cross-border restructurings,” Herbert Smith Freehills partner Paul Apáthy said.

“The changes are timely because the current economic climate in Asia means that defaults are expected to rise over the coming year, particularly in the oil and gas and related service sectors,” Mr Chua said.

Mr Apáthy said that there has been a much more international approach to restructurings over the last decade, with companies choosing jurisdictions with laws and procedures that best promote a successful restructuring outcome.

“England and New York are the two most popular locations for restructurings, but these law reform proposals demonstrate Singapore is keen to compete for restructuring work in the regional Asia-Pacific market by offering an attractive set of procedures unavailable elsewhere,” Mr Apáthy said.

“The reforms will make it significantly easier for non-Singaporean companies, including, in the right circumstances, Australian companies, to utilise these new and improved Singaporean procedures to restructure, and achieve better outcomes than may be possible under existing Australian law,” he said.

“Whilst the federal government’s proposed insolvency reforms were a welcome development, it is important that the scope of the reform agenda is now broadened to cover the creditor scheme of arrangement regime,” Herbert Smith Freehills partner Andrew Rich said.

“The Australian creditor scheme regime was introduced in the late 1800s and has not been materially amended since. This has inevitably resulted in it failing to meet the needs of modern-day corporate restructurings in a number of important respects.”

Singapore setting an example for Aus