Mid-tiers are ‘getting their lunch eaten’ 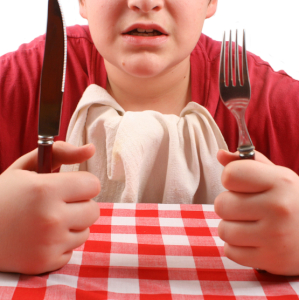 A PwC partner has weighed in on the state of the legal market, predicting that mid-tiers will suffer a major setback in 2017, rather than the top-tiers.

PwC Australia and Asia-Pacific legal services leader Tony O’Malley said that with professional services firms, NewLaw and artificial intelligence all muscling in on the Aussie market, mid-tiers are likely to bear the brunt of the competition.

“They are getting their lunch eaten by everybody in the sense that the top-tier firms have come down into that mound a little bit the NewLaw boutiques are pushing quickly into that space,” Mr O’Malley told Lawyers Weekly, predicting that the industry might be edging closer to a tipping point.

“And of course, the impact of new technologies and automation is highest in areas where it's [easiest] to commoditise work, so I think that’s going to be an additional challenge for those mid-market firms that focus on general commercial work and are struggling to differentiate their offering.

“I suspect that we’ll see quite a few more mergers as people try and get the scale to shore up their positions.”

It’s the attraction to top legal talent, combined with a unique value proposition, that has seen PwC Legal seat itself firmly at the top-tier table, according to Mr O’Malley.

Clayton Utz partner Karen Evans-Cullen will be the 19th high-profile partner in two years to join PwC as a legal partner, part of a growth strategy likely to see the firm’s legal arm reach around 25 partners and over 100 lawyers over the next 12 months.

“We’re pretty happy to have her,” Mr O’Malley said.

“She really is one of those top-echelon M&A lawyers in the country … I think she brings quite a lot of agility and broad skill set, which I think would be very valuable to the growth of the legal practice and to the firm more broadly.”

He said the real question is just how big the firm’s legal arm could and should grow, given its model is designed to integrate top-quality legal services with adjacent lines of the firm’s business.

“We won’t grow for the sake of growing; we’ll only grow where it enhances our capability to really deliver those large projects or mandates,” Mr O’Malley said.

“We don’t need to be the same size and scale … we will continue to be competing for work with the other top firms.”

Inbound M&A in the retail, industrial and agribusiness sectors, where overseas investors are looking to place capital, is where Mr O’Malley sees the biggest opportunities heading into 2017.

“On the infrastructure side, [we’re looking at] opportunities arising from both that sort of social infrastructure to government-funded projects at state and federal level, but also in the resources sector, both traditional resources but also renewable energy around solar and wind,” he said.

Mid-tiers are ‘getting their lunch eaten’