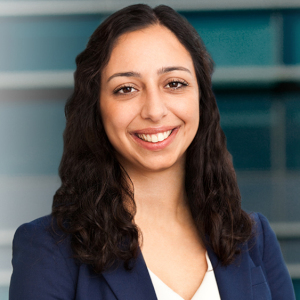 An Australian firm has welcomed its first partner appointment since it opened its doors in 2009.

Griffin Legal has announced the appointment of Carina Zeccola (pictured) as partner to the firm, commencing her new role on 1 January 2017.

Ms Zeccola has been at Griffin Legal for the bulk of her legal career, having joined the firm in 2013 in a law graduate position, before moving up the ranks to a solicitor, then to an associate and senior associate soon after.

Ms Zeccola brings to her new partner role extensive experience in commercial and government matters, having assisted clients through complex deals, and guiding government through procurement and projects.

“Carina brings a unique and fresh perspective to Griffin Legal, and our clients,” a spokesperson for Griffin Legal said.

“Those that work with Carina also know her dedication and skill – an undoubtable asset.

“Carina has been the driving force behind several initiatives within Griffin Legal as the firm, and profession, continues to navigate through this exciting period of change. We look forward to working with her to ensure Griffin Legal remains an industry leader in this regard.”

The spokesperson noted that Ms Zeccola’s appointment marks a significant milestone for the firm.

“This is Griffin Legal’s first appointment of a Partner since the firm began in 2009,” the spokesperson said.