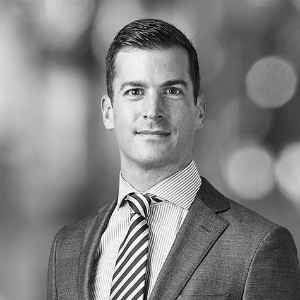 The newest global law firm to enter the Australian market has announced the promotion of a Victorian practitioner to local partner of the firm.

Cameron Watson (pictured) will become a local partner in the new White & Case office in Melbourne from next year.

Originally from New Zealand, Mr Watson joins the firm’s global project finance practice from Herbert Smith Freehills, where he has worked since 2010. Mr Watson was a senior associate at his last firm.

White & Case nabbed 10 HSF partners as the news broke that it would be swooping into the Australian market. The Melbourne office has been in operation from 1 December and another office in Sydney is expected to start work in early 2017. Both of the White & Case offices in Australia are expected to focus on building the firm's global energy, infrastructure and project finance practice.

Mr Watson is a project finance expert and has experience advising on the acquisition of energy and infrastructure projects. He specialises in developing tailored financial agreements to guide parties through complex transactions and has acted for a range of clients, including project sponsors, lenders and borrowers.

He has worked on a number of transactions in Australia and New Zealand, Asia, North America and South America.

Mr Watson’s appointment was announced along with 25 promotions across the global offices of White & Case. In terms of total hires worldwide, White & Case has recruited eight counsel and seven local partners over the course of 2016.

According to the firm, appointments to the position of local partner are “common market practice” in certain regions in which it operates. The title of local partner is a recognised career step towards "admission into firm partnership".

A statement from White & Case said: “The title of local partner is a recognised career step towards admission into firm partnership.”

Firm chairman Hugh Verrier said the promotions reflected the “quality and achievement” of the lawyers at White & Case and the diverse nature of the firm.

“The promotions embrace 21 offices and 13 global practices, and exemplify the way in which White & Case provides worldwide support to clients on their most important, complex, cross-border legal challenges,” Mr Verrier said.