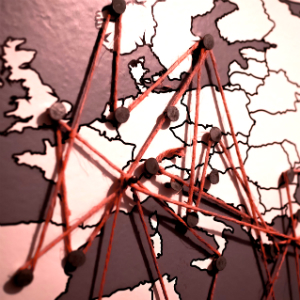 The European fort of KWM’s Swiss verein model has come crashing down amid a debt blow-out into the tens of millions and the fast exit of some of its most senior partners.

Administrators have been called in to sell of pieces of KWM’s European arm. The Australian Financial Review reports that loss of the firm’s European business could incur losses of around 28 per cent.

The dissolution of KWM’s European arm has been largely attributed to the firm’s partners in that region “failing to commit to an intense recapitalisation program”, the AFR reported.

In November, KWM partners in Europe voted down a final recapitalisation bid that proposed a £14 million ($23.8 million) contribution for one year. King & Wood Mallesons LLP (London) filed a court notice of its intention to appoint administrators last week.

“The firm's management team and financial advisers continue to work to ensure the best possible outcome for clients and staff, and this move supports these efforts at a key point for the business,” a statement from the London office read.

KWM’s financial ruckus in Europe seems to show that the global giant’s foothold in the region, cemented in 2012 by a merger with SJ Berwin, has all but faltered.

On its website the blue chip describes itself as a “global elite firm for the next century” but the saga playing out in Europe suggests the region has complicated that vision.

She added that it is important for firms to have a “global mindset” regardless of whether they have a global presence or multi-national clients.

It is reported that an attempt to salvage some of the blue chip’s Europe and Middle East offices are being negotiated by KWM, before pieces of its regional business are siphoned off by administrators.

The law firm has tracked strong performance in both Australia and China, however, reporting recent growth in both profit and revenue. In July, Acritas announced that King & Wood Mallesons had topped the rankings of its Asia-Pacific law firm brand index, where KWM has 18 offices.

KWM has gone on record to say that it will continue to push its strategy for global expansion under the Swiss verein model.

Under the KWM verein model member finances remain separate, while its various global offices are unified by one brand. It is a structure that ensures the global powerhouse’s Australian and Chinese arms are largely protected from the financial fall-out that has now beleaguered their European counterparts.

A spokesperson from KWM’s Australian office in Sydney reiterated that it was legally and financially separate from KWM EUME and that the developments in Europe would not affect the local group.

“There is no direct impact to the firm here,” the spokesperson said.

“We remain in a very strong and stable position in our core markets in Australia, China, Hong Kong and Singapore, and we are as focused as ever on supporting our clients domestically and internationally. The AU firm is finishing the calendar year with another 12 months of financial growth.”