The Law Institute of Victoria and the Victorian Bar have condemned attacks made on lawyers acting for children detained in the Grevillea Unit of Barwon Prison, after their professionalism was called into question.

LIV president Belinda Wilson (pictured left) and Victorian Bar president Jennifer Batrouney QC (pictured right) said they were “disappointed” that Victorian Minister for Families and Children Jenny Mikakos publicly criticised the lawyers, saying they had placed their own concerns ahead of their clients’ best interests.

This came after the lawyers successfully argued in the Court of Appeal that orders made to implement the minister’s decision to establish a section of Barwon Prison as a youth detention centre were invalid.

The Court of Appeal judgment praised the professionalism of the lawyers, stating that “the quality of the material filed was quite remarkable, given the tight deadlines which had to be imposed”.

However, following the ruling, the LIV and Victorian Bar said Ms Mikakos “publicly criticised the lawyers’ role in the proceedings, implying in an ABC interview and in a Twitter exchange that they had acted unethically and unprofessionally”.

Ms Batrouney said the minister’s criticism of the lawyers was unfounded and inappropriate.

“The legal profession is bound by a strong ethical code, breach of which entails serious professional consequences,” she said.

“These lawyers represented some of the most vulnerable members of our community, children who are incarcerated. The lawyers were acting on the instructions of their clients in accordance with the law.”

Ms Wilson said the minister’s questioning of the lawyers’ professionalism also challenged the role of the courts in upholding the rule of law.

“Lawyers play a key role in preserving the separation of powers and the rule of law by invoking the jurisdiction of the courts to ensure that ministers and public officials exercise their power within legal limits,” she said. 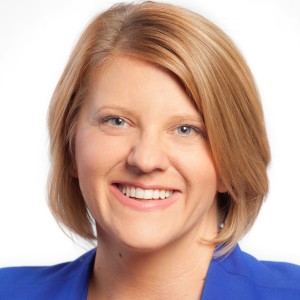