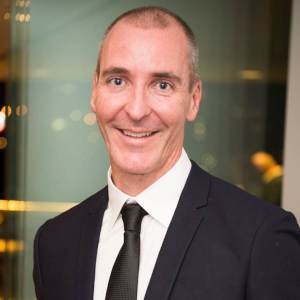 The director of Bennett & Philp Lawyers has called for greater legislation surrounding sexual and physical abuse, saying current Queensland laws don’t go far enough and should be amended as a priority in 2017.

Trent Johnson (pictured), an accredited injury compensation specialist and a director of Brisbane firm Bennett & Philp Lawyers, said despite Queensland recently removing the time limit for childhood victims of sexual abuse to claim compensation for their injuries, the state’s system is still “flawed”.

This comes after the Royal Commission into Institutional Responses to Child Sexual Abuse recommended that the various state and territory governments abolish their respective time limits for claims by victims of childhood abuse.

“Traditionally, in Queensland any claim for compensation by a childhood victim of any form of abuse needed to be commenced prior to the victim’s 21st birthday. Given the trauma and stigma associated with such abuse, claims commenced with that time frame were and still are uncommon,” Mr Johnson said.

“Our experience has been that many such victims come forward in their mid to late adult years, after suffering over time in silence. Worse still, there is undoubtedly a large number of victims who will never report their abuse.”

While Mr Johnson said he applauds the Queensland government for taking on the recommendations, he noted that the state still lags behind other jurisdictions in revamping its sexual abuse compensation laws.

He said that “although the new changes are a positive step forward, the recent Queensland changes do not extend to those persons who have suffered abuse of a physical and/or emotional nature as a child within this state, unlike some other jurisdictions, including Victoria”.

“Accordingly, if we are to properly address the horrific abuse that has occurred within this state in the past, further changes are needed,” Mr Johnson said.

“Without further change, we will have the inevitable position where childhood victims of sexual, physical and emotional abuse may not be fully compensated for their injuries and, worse still, victims of childhood abuse that is not sexual in nature may not be compensated at all, irrespective of its severity.”