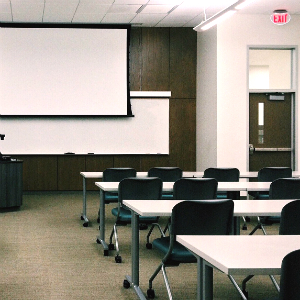 Would-be law students across the nation received their main round offers last week, revealing the various ATAR cut-offs required to study law at an undergraduate level in 2017.

An undergraduate wanting to enrol in a combined law degree at the University of Sydney this year will need an ATAR of 99.50. The UAC website indicates that vacancies remain for the 2017 dual law programs on offer at the Go8 sandstone.

Central Queensland University, meanwhile, is offering an LLB by distance to Commonwealth-supported students with an ATAR of 69.05, down five points from 2016.

A statement released by the Universities Admissions Centre (UAC) said the cut-offs take bonus point allowances into account, meaning that each ATAR listed is the lowest rank required for entry into each course.

Last year the University of NSW boasted one of the highest ATARs in the state, with an ATAR cut-off for its undergraduate dual law program posted at 99.70. However, entrance into the UNSW law school has changed this year, with aspiring undergraduate law students now also required to sit and pass a Law Admission Test (LAT). The results of the LAT are considered together with prospective students’ ATARs before offers are made.

At the University of Technology Sydney (UTS), law students require an ATAR of 98.95 to pursue a combined bachelor of communications (digital and social media)/LLB program. That is the university’s highest entry score to pursue a dual LLB this year, with the lowest ATAR for a double degree program (science IT/LLB) requiring an ATAR of 97.0. The cut-off for a straight LLB at UTS also sits at 97.0.

Western Sydney University (WSU) last year posted its dual law programs at a cut-off ATAR of 95.0. This year scores as high as 97.85 are required for arts/law double degrees at WSU.

In 2017 Macquarie University is offering the straight LLB to students with a cut-off of 97.0. Those enrolling in Macquarie’s dual law programs are subject to an ATAR requirement of 96.0.

This year La Trobe University is offering enrolment at its Melbourne campus to law students with an ATAR of 80.0.

At the Australian Catholic University, most dual LLB programs have an ATAR cut-off of 78.0. For a combined global studies/law or biomedical science/law degree, ACU’s cut-off is 81.15 or 86.95 respectively. A straight LLB degree at ACU has a 2017 cut-off of 81.65.