Hot water for former associate accused of lying to judge 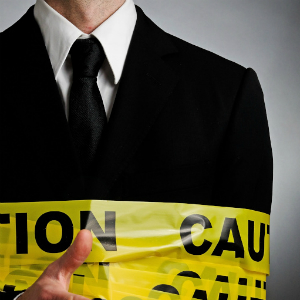 James Cowled has been called to appear before the NSW Local Court following allegations that he deceived his former boss when he requested a character reference from retired judge Michael Lloyd-Jones to assist in a 2016 criminal matter.

Last year Mr Cowled entered a plea of guilty for possession of a bag of cocaine in March. At the time, Mr Cowled was working as a judge’s associate in Sydney’s Federal Circuit Court and approached his former boss for a character reference.

Michael Lloyd-Jones, who retired from the Federal Circuit Court bench in 2015, is reported to have lodged a formal complaint to police after learning that he had been misled about the true nature of his former associate’s criminal charges.

“The charge relates to an incident at Waverley Local Court on Wednesday 4 May 2016, when the man tendered a reference from his previous employer, a former member of the federal judiciary,” a police statement read.

Problems began to emerge for the accused when Mr Lloyd-Jones reportedly caught wind of a Daily Telegraph headline that revealed Mr Cowled faced a charge of drug possession, not the low-range prescribed concentration of alcohol (PCA) offence he had claimed to be facing.

The latest newspaper update on the young man colourfully described him as a “cocaine-snorting young lawyer who allegedly lied to escape a career-killing conviction”.

Lawyers Weekly investigations have determined that Mr Cowled has never held a practising certificate in NSW, and is unlikely to have ever been admitted.

Police reportedly busted Mr Cowled with a bag of cocaine in his pocket last March, while he was snorting the drug in the bathroom of a Double Bay cocktail bar. He subsequently entered a guilty plea for possession.

At sentencing, Magistrate Lisa Stapleton gave Mr Cowled a 12-month good behaviour bond and no record of conviction for the cocaine charge. Mr Cowled’s character reference penned by the former Federal Circuit Court judge had been tendered at the time of sentencing.

According to reports, Mr Cowled spoke in court of the shame he endured having to disclose the offence to his old boss.

“I must say telling my former judge was one of the most difficult things I’ve done in my life,” he said.

Hot water for former associate accused of lying to judge