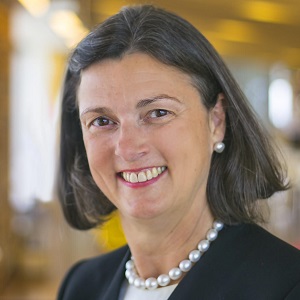 A former managing partner of King & Wood Mallesons has been announced as the new chief legal and commercial counsel at NAB.

Sharon Cook (pictured) will join NAB as chief legal and commercial counsel. She is currently the managing partner, clients, at King & Wood Mallesons Australia, one of five managing partners who oversee various aspects of the firm’s operations.

Ms Cook has more than 30 years’ experience in the legal profession. She spent 17 years at Henry Davis York, six of those as managing partner, and was the first woman elected to HDY’s board.

“She has extensive experience in the banking and financial sector and is highly regarded for her commercial and strategic approach to complex issues. In a period of significant industry reform and heightened public focus on banking, this is a new and important role on our executive leadership team,” said NAB Group CEO Andrew Thorburn in a statement this morning.

Ms Cook is set to join NAB in mid-April, subject to regulatory approval. Her move in-house reflects the growing attraction of corporate counsel roles, a trend that has become apparent as many lawyers move away from the traditional path to partnership.