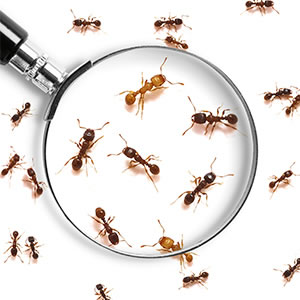 New recruitment data released by three major firms suggests that the majority of law graduates hired through the pool of summer clerks come from a concentrated selection of privileged schools and postcodes.

Data collated from Allens, King & Wood Mallesons and Henry Davis York shows that more than half of the latest summer clerkship applications received by the firms come from candidates hailing from privileged schools and postcodes.

According to the managing director of Rare, the company invited to develop the tool for the Australian legal market, the data paints a picture that is unsurprising. Raphael Mokades said that the results provide a useful basis from which to have a conversation about social mobility in the legal profession.

“In fact, [the data] shows that the challenge of boosting diversity in law firms is just as much as about supply as demand,” Mr Mokades said.

“It appears that many graduates are self-selecting out of the process, assuming they won’t get through and therefore not applying,” he said.

According to a new report, Contextual Recruiting in Australia, 13 per cent of the 1,650 candidate pool came from the top 1 per cent of Australian schools.

A further 52 per cent of all applicants to programs with Allens, KWM and HDY were noted as having graduated from schools among the top 10 per cent in the country.

The contextual recruitment system (CRS), mines available data to evaluate a candidate’s social, economic and human capital. It is described by Rare as a powerful way to make use of Big Data processes and empower employers with better context about potential hires.

Demographic and educational background are two key measures built into the CRS algorithm, which has been adapted from an active model in the UK market for a number of years.

Commenting on HDY’s adoption of the recruitment tool, people and development director Deborah Stonley said that the firm’s review of more than 500 clerkship candidates is seen through a new lens.

“This year, we plan to use the Rare data to target students who have significantly outperformed their peers during their final year at school. We are confident that using Rare will give us access to the best talent regardless of background,” Ms Stonley said.

Allens led the charge at the top end of town last June when it announced that its competitive hiring process for summer clerks would utilise the profiling tool. KWM and HDY later announced that it would also be using the tool for its clerkship programs in September. At the time, the law firms cited a desire to rely on more objective data at the time of recruitment to help identify high performers.

All three of the firms contributed their most recent clerkship recruitment data to the report based on information obtained by the CRS tool.

“The opportunity for law firms who are using the CRS is to get a message out to students that shows they are thinking critically about what makes a great lawyer,” Mr Mokades said.

“They need to explain that they’re not simply looking for the ‘usual suspects’ from the right schools or suburbs,” he said.

Clayton Utz has recently announced that it will also be adopting the CRS to broaden its talent pool and introduce more diverse candidates than the firm’s traditional recruitment pipelines.