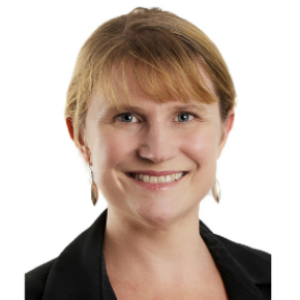 With corporate Australia adopting important measures to improve gender equality at work, individuals must be emboldened to be their own best advocates, a top-tier partner has said.

Sydney lawyer Anne-Marie Allgrove (pictured) has urged young lawyers to back themselves and their aspirations, which means persevering through self-doubt.

“I am a strong believer in the concept that if you want something, lean in and don’t sort of opt out before your time. That’s really important,” Ms Allgrove said.

Ms Allgrove, who is a partner of commercial law firm Baker McKenzie, marked International Women’s Day by returning to her old campus at the Australian National University (ANU) last week. The top-tier lawyer participated in a panel, sharing with university students wisdom gleaned from more than two decades in practice.

Prior to touching down in Canberra, Ms Allgrove spoke to Lawyers Weekly about her lessons learned and what she hoped to convey to the current law students of her alma mater.

“I think, in some ways, until you enter the profession and until you are some way into it, most young women just don’t think that there are any obstacles and challenges,” Ms Allgrove said.

“As you progress, you kind of realise that the playing field may not be levelled at all, across the board.”

Ms Allgrove graduated with a double degree in Arts/Laws (Hons) from ANU and worked as an associate to former High Court Justice William Deane in the early '90s.

The Technology, Media and Telecommunications (TMT) expert said that while changes in workplace attitude had definitely taken place over the course of her career, she wanted to see greater improvements for the new batch of lawyers about to embark on their own professional paths.

“One of my key messages is around seizing opportunities – making sure that you say ‘yes’, that you look for things to do, and don’t kind of preempt or pull back,” she said.

Ms Allgrove added that she hoped her words would help young lawyers negotiate the slow shift in corporate Australia towards gender equality.

She said that conversations taking place today among law firm partners and at board meetings were a cause for hope, but also underscored the importance of individuals taking empowered action with respect to their own careers.

Her advice for the women and men soon to enter Australia’s legal profession is to do two things. Firstly, with regards to culture, she encouraged that lawyers remain engaged with the goal of gender equality in the workplace. Secondly, she stressed the need for young professionals to seek and nurture a good support network.

“My biggest advice is to find people who are supportive and who believe in you – if you get those things right, then I think you can absolutely navigate the landscape. But you need to do that and you have to be not afraid to have conversations,” Ms Allgrove said.

Meanwhile, other groups around the country observed International Women’s Day this year with panel talks of their own.

MinterEllison hosted a fundraising lunch for the Kakenya Centre for Excellence, a not-for-profit organisation in Kenya; Ashurst’s Women’s Initiative for Mentoring held a breakfast talk in Sydney; and HSF kicked-off its International Women’s Day celebrations with a Be Bold for Change client breakfast in Melbourne. ‘Be bold for change’ was the UN theme for the international day of observance.

Dibbs Barker used the occasion to back the work of Dress for Success, a group dedicated to promoting the economic independence of women.