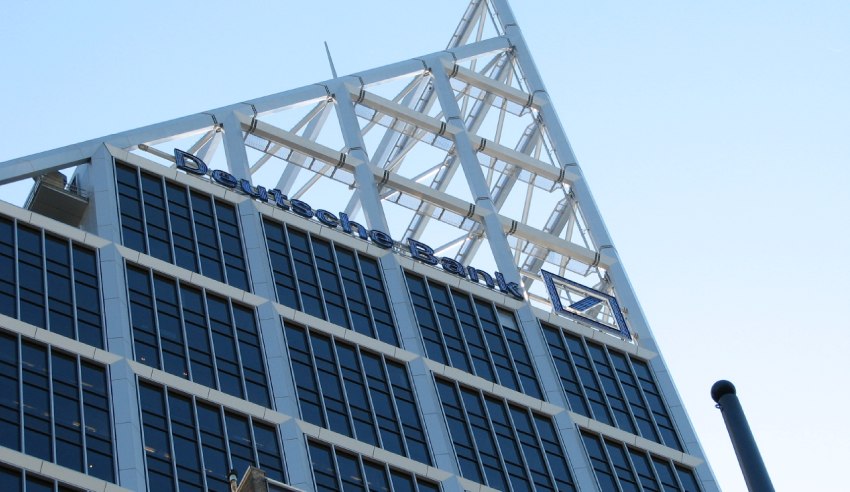 Global financial powerhouse Deutsche Bank has announced that it will cut 7,000 jobs and has recorded a significant financial loss, but has positioned its legal affairs as an investor upside.

In a speech to shareholders at the banking giant’s annual general meeting in Frankfurt, Deutsche’s recently-appointed chief executive Christian Sewing said his aim is to lead an institution that operates in the “best interests of dear shareholders” and also “for the benefit of society”.

The global chief acknowledged that balancing these “radical cuts” and need to achieve “sustainable profitability” with its stated social mission would be “difficult”, but pointed to a number of business units he said are a sign of positivity for shareholders.

“Litigation cases are no longer a dominant theme for us,” Mr Sewing said.

“We have significantly reduced our risks in this area. Of our 20 most significant matters, 15 have now been largely or fully resolved. So now we can look ahead, instead of watching the rear view mirror.”

In February 2018, the bank paid $240 million to end a longstanding lawsuit over allegations it conspired with other banks to manipulate the Libor interest rate, according to Reuters.

The transaction followed another just six months prior when the Germany-headquartered bank filed a $48.5 million settlement with the US District Court in Manhattan over bond market rigging allegations, despite denying any wrongdoing.

Commenting on the speech, Kit Carson, a banking and fintech analyst at London-based research house GlobalData, said the AGM announcement may define the new CEO’s tenure.

‘‘Deutsche has been muddling through a restructure since October 2015, yet in Q4 2017 they were reporting a fall in revenue and an increase in expenses in the fourth quarter,” Mr Carson said.

“Christian Sewing has been mandated to expedite their cost cutting program which is being supported by a drive to technology…Sewing is making a clear statement at the beginning of his tenure to set the path for Deutsche under his stewardship.”