GC panel probes why there aren’t more women in power 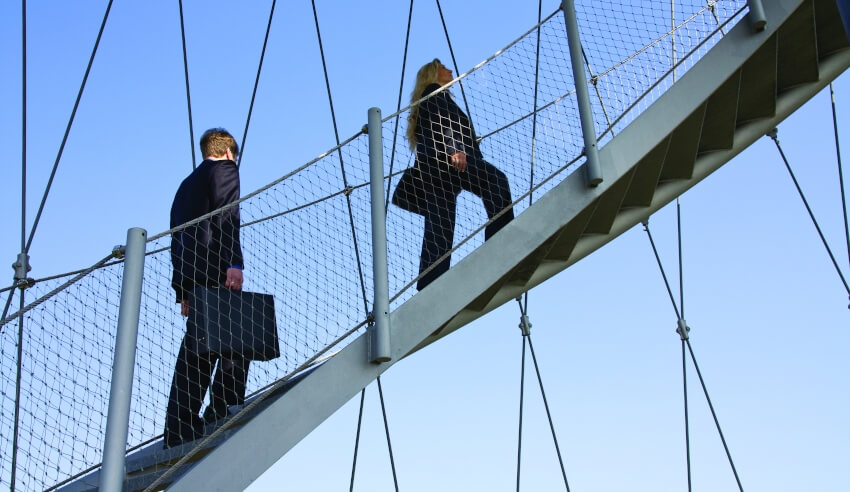 Sponsorship has been touted as a pragmatic solution over mentorship to encourage more talented women in law to claim their place at the leadership table.

Thomson Reuters has convened a group of legal ‘change makers’ to explore practical measures and ensure gender diversity in the profession. The panel used the occasion to dissect the challenges faced by organisations striving to improve the balance of men and women who hold leadership roles in law.

She added that there was an undeniable potency of a senior leader advocating on behalf of a junior woman from “behind the scenes”.

“Mentoring has a place but can sometimes end up focusing on what’s wrong and what needs to be improved rather than actively advocating for female talent and providing practical career opportunities,” Ms Rhodes said.

“I strongly believe in sponsoring female talent. It provides women with the best possible boost to their career trajectory because it includes senior leaders, behind the scenes, rallying and advocating for female talent, and ensuring visibility and exposure.”

For female leaders, Ms Rhodes suggested that there was extra responsibility to pay it forward and ensure others coming after them received support and given opportunities to advance their careers.

In Australia women are represented at law firm partner level at 25 per cent on average, according to research commissioned by the Women Lawyers’ Association of NSW. Women equity partners sit at a lower average of 18 per cent.

A report prepared by Thomson Reuters in partnership with McKinsey & Company suggested that gains in gender diversity among law leaders would require more talented women to be retained and promoted.

“In the US, an overwhelming majority of the law firms surveyed offer maternity and paternity leave that well exceeds US government requirements, as well as offering part-time work options.”

“But more than 70 per cent of the lawyers surveyed said they feared the consequences of taking advantage of such programs. This makes it clear that simply having family-friendly policies isn’t enough; leaders must actively promote the take-up of these initiatives and set a culture that genuinely supports women and men through major life transitions such as having a child,” she said.

GC panel probes why there aren’t more women in power