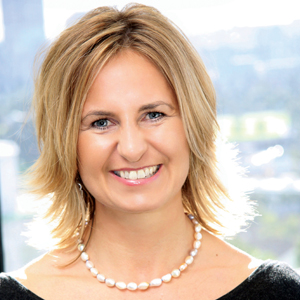 As more and more companies bypass law firms and go straight to LPO providers, Australian firms are now realising the influence LPO providers have in the market and are turning to them to co-pitch for new clients.

Speaking at a LexisNexis Innovation Talk on 26 April about the impact of LPO on the Australian legal landscape, the managing director of Exigent Group Ltd, Nicola Stott (pictured), identified the growing demand amongst corporates for law firms to utilise LPO, and the growing dependency of law firms on LPO providers for business development.

“There is a service vacuum [amongst law firms] that is forcing corporates to re-evaluate how they buy legal services,” said Stott. “Law firms are falling over each other for the same corporate clients and now the corporate clients are saying [to them], ‘You need an LPO solution to be on our panel’. We are inevitably experiencing enormous interest and activity.”

According to Stott, the days of caution and uncertainty amongst firms with respect to LPO are gone. Australian law firms are quickly realising the pulling power of LPO and are now using their LPO provider to win work.

“Law firms are using their LPO strategy to actually win new business. We are finding ourselves working hand-in-hand with the law firms to co-pitch to corporate clients,” she said.

“Corporates are just not willing to pay the prices for certain types of work. They are under so much pressure themselves. They’re either under cost pressure or in-house departments are so under-resourced that they’re using LPO as a risk-mitigation strategy.”

Over the past nine months, a number of Australian law firms have signed formal agreements with LPO providers.
Mallesons Stephen Jaques (now King & Wood Mallesons) signed an LPO contract with LPO provider Integreon in October 2011, and in February this year, Corrs Chambers Westgarth appointed both Integreon and Exigent to its newly formed LPO panel.

Consolidation and commoditisation
Discussing the “service vacuum” amongst Australian law firms, which is causing corporates to reassess their law firm panels and in some cases go directly to an LPO provider, Stott said the LPO market in Australia and the willingness of both corporates and firms to adopt an LPO strategy has developed significantly in just the last eight months.

“Things have rapidly changed over the last 12 months. I’ve actually been away from Australia for the last eight months and I cannot believe the change down here since last August. It is phenomenal,” she said.

“This service vacuum is really creating quite a lot of opportunity for LPOs. That said, it would be remiss not to say that there are plenty of challenges. We are operating in a highly regulated market with incredibly risk-averse firms. The challenges do exist, but I think that the downward pressure on costs from corporates is forcing this to a point that we haven’t seen before.”

As a result of cost pressures, Stott expects a degree of consolidation within the Australian legal market outside of the top six to 10 firms in the years ahead.

“We think some consolidation is likely, due to cost pressures, but we think they’ll remain national players,” she explained.

“Competition across all sectors will remain high – in common with the UK and US – as Australia is ‘over-lawyered’. This will put continued downward pressure on prices.”

Stott said that while Australian firms in highly specialised areas will be able to maintain a premium, this will only account for 10 to 15 per cent of the market.

In addition, she expects more law firms to consider different models of outsourcing and further commoditisation and outsourcing of process-based sectors, such as insurance and intellectual property law.

“Law firms are likely to start losing out to LPOs in these areas,” she said. “Documentation and research will continue to be commoditised, thereby eroding the premium on work.”

But while Stott has observed the rapid development of the LPO market in Australia and the increasing pulling power of LPO providers, she concedes that the change in the market will continue to be steady.

“The change will be slow. That said, if Australia follows the UK trend, this could lead to distressed sales (30 per cent of law firms with debt are in ‘distress’ in the UK) and consolidation,” she said.