Home/
News/
Over 50 jobs to go at top London firm

Over 50 jobs to go at top London firm 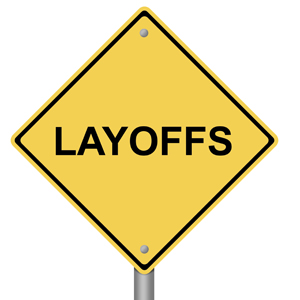 UK firm Herbert Smith has announced it will be making 51 redundancies in its London office._x000D_ _x000D_ The redundancies will mainly come from its corporate group, revealing the continued struggle of UK transactional markets.

UK firm Herbert Smith has announced it will be making 51 redundancies in its London office.

The redundancies will mainly come from its corporate group, revealing the continued struggle of UK transactional markets.

Legal Week reports that Herbert Smith’s proposed redundancy round constitutes just over three per cent of its total London staff. Up to 23 fee-earners in the firm’s corporate practice, mostly at the associate and counsel level, are at risk.

“We need to ensure our London office resources are in step with current and anticipated work levels and allow us to deliver a level of performance consistent with our strategic goals,” said Herbert Smith managing partner David Willis upon announcing the redundancy consultation.

“It has been a difficult decision which we have taken reluctantly and after much deliberation. We have waited in the hope that conditions in transactional markets would improve, but against a backdrop of continuing uncertainties in these markets, we believe now is the right time to address the issue.”

Willis said while the planned redundancies are about avoiding undue growth in the firm’s numbers as less staff move on amid ongoing economic uncertainty, they will not result in a reduction in the overall number of associates in its London office over the next 12 months.

Herbert Smith’s redundancy announcement follows Freehills confirmation in February this year that the two firms are in “exploratory talks” regarding a tie-up between them.

Pay freeze
The news also comes as Slaughter & May confirmed today that it has imposed a freeze on its associates’ pay packets.

According to The Lawyer, the Magic Circle firm has kept most of its associate pay bands at last year’s levels, with the firm announcing it would slightly increase the salaries of associates with two years post-qualification experience (PQE).

This is the second salary review in a row that has resulted in a salary freeze of all or most of Slaughter & May’s associate salary levels, according to The Lawyer.

The firm has also ditched its biannual salary reviews in favour of an annual pay review system.

“We believe that we remain in the right position relative to the rest of the market. That change [to an annual salary review] is to bring us in line with the general market practice of annual salaries for associates and is not driven by economic conditions,” Slaughter & May executive partner Graham White said in a statement.

Over 50 jobs to go at top London firm