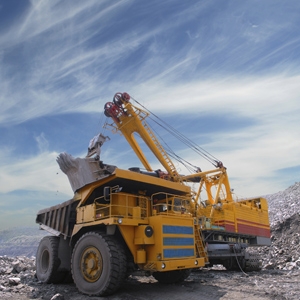 The relaxing of capital-raising requirements will assist both the capital market and the energy and resources sector, according to a leading lawyer.

Last month the Australian Securities Exchange (ASX) released a proposal that sought to increase the capital-raising limit for mid to small caps from 15 per cent to 25 per cent.

There are more than 1600 of these companies listed on the ASX and more than half of those are from the resources sector and based in Western Australia.

“Australian  resources projects and the local regulatory environment is well respected around the world, so any attempt by those companies to attract placement money around the world will continue to be met favourably,” Middletons’ energy and resources and corporate advisory special counsel, Clive Cachia, said.

“If they can increase the percentage from 15 to 25 per cent it can only be an improvement and will be welcomed by those companies.”

Cachia and Middletons have been involved in a number of recent capital raisings involving mid-cap energy and resources companies. These include Strike Energy’s $20 million equity placement in March and Buccaneer Energy’s $3.2 million convertible securities raising, which was announced in February.

“The capital markets have been sluggish over the past six months, with a lot of the capital raising we have seen … being at the small to mid-cap level,” said Cachia. “Any reforms to make such placements larger or more readily available would be welcomed by our clients.”

The consultation for the proposed ASX reforms, which also included improving disclosure to investors in the resources sector, is due to close in mid-May.

The capital markets and M&A sector has taken a battering over the past nine months.

According to mergermarket, the $US421.1 billion worth of global M&A deals announced in the first quarter of  2012 represented a 30.3 per cent drop from the same period in 2011.

While the Asia-Pacific was not hit as hard as the USA, which suffered over a 50 per cent drop in activity compared to the first quarter of 2011, it was still impacted by the global downturn.

However, the Australian energy and resources market has provided a ray of hope in the Asian region.

In particular, the report highlights projects in Western Australia, such as Gorgon, Wheatstone, Pluto and Northwest Shelf, as underpinning the strength of the regional energy and resources sector.

While that report found that global deal value in the energy and resources sector in 2011 increased by seven per cent from 2010, there was a drop-off in deals in the second half of 2011.