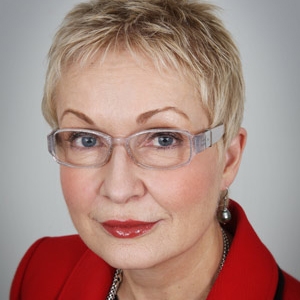 The Law Council of Australia has lashed out at the Labor Government’s fifth Federal Budget, claiming it fails to address the “chronic” shortage in legal aid funding.

Catherine Gale (pictured), president of the Law Council, said the failure of the budget to adequately fund the legal assistance sector means “hard-working Australians, who have fallen on tough times, will not be able to afford legal help”.

“This year’s Federal Budget was directed towards developing a stronger, fairer future for all Australians,” Gale told Lawyers Weekly.

“So it’s surprising that there is a complete failure to address the chronic underfunding in legal assistance. All Australians have a fundamental right to access legal advice and services, regardless of their means.

“The guidelines which govern when funding will be available are so narrow that they exclude large numbers of people.

“This is unacceptable and the outcomes of this budget will have a significant impact on many Australians, including some of our most vulnerable citizens,” added Gale.

According to the Legal Council, Government funding for legal aid commissions is well below the pre-1997 proportional share of funding, when it generally represented approximately 55 per cent to the states’ share of 45 per cent.

“When you think about what happened since 1997 … huge population growth and an increase in the cost of living, yet the Government’s legal assistance sector spending has not mirrored these changes. It is now vastly inadequate to meet a real need.”

The Law Council believes, as a principal revenue raiser, the Government contribution should be at least 50 per cent.

“What the Law Council would like is a cooperative and consistent approach between state and Federal Government to provide legal aid and, therefore, access to justice for all,” said Gale.

The Law Council has been calling on the Federal Government to alleviate the persistent underfunding of the legal aid sector for more than ten years, to no avail.

“The underfunding of this sector has been an ongoing issue for over a decade and certainly we’ve been lobbying throughout that time.

“We will certainly continue to lobby to ensure all Australians have the ability to access legal advice and legal services when they need it,” Gale said.

The persistent shortage of legal aid funding, said the Law Council, is having far-reaching effects on the broader community and the legal profession is concerned about the effects on access to justice and the well-being of Australian families.

Meanwhile, the Australians for Native Title and Reconciliation (ANTaR) group has welcomed long-term funding of more the $3.4 billion over 10 years to fund health, education, justice and homelands services in the Northern Territory as a significant development.