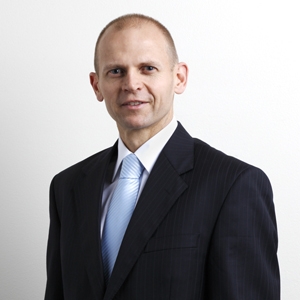 According to statistics released last week by the Australian Securities and Investments Commission (ASIC), the number of failed businesses exceeded 2500 for the third consecutive quarter during the first three months of this year.

The figures showed that the number of external administration (EXAD) appointments in the first quarter of the year increased by 16.7 per cent compared with the same period last year.

Companies entering EXAD rose from 2598 in the December 2011 quarter to 2655 during the March quarter. On a monthly basis, there was a significant increase from 518 in January to 1,123 in February, and then a minor fall off to 1,014 in March.

“In terms of raw numbers insolvencies continue to increase, yet the size of the jobs we are seeing, in terms of debt, are not as large as a few years ago,” said Jason Opperman (pictured), the head of Henry Davis York’s (HDY) banking, restructuring and insolvency group.

“What we’re seeing is a shift away from the type of insolvencies that came in the first wave post-GFC three or four years ago, which were focused on the large and often complex high-leveraged businesses. What we’re seeing now is more the middle market slow down and administrations.

“The knock-on effect of these failing middle-market businesses is quite significant, not only for the business involved but also for its suppliers, contractors and employees. It is also felt by the local community where the business is located.”

“Queensland is still feeling a hangover from the natural disasters it suffered in 2011 and is only getting back on its feet,” said Opperman.

“Sectors like tourism and property remain weak there … tourism because of the high Australian dollar and property because of an absence of serious investment in the market.”

Bucking the national trend is Western Australia, which has enjoyed a decrease in administrations over the same three quarters.

Opperman said that banks are continuing with their hardline approach as they seek opportunities to recoup their investment with regard to distressed assets.

He added that the figures for insolvencies in the property sector remain steady, while he is beginning to see “the early signs of distress in the retail market”.

Opperman believes the next interesting area for insolvencies will be what impact the Government’s carbon pricing will have on certain industries.

“It will be interesting to see whether there’s a fall-out from the price restructuring that will happen as a consequence of the Government’s approach to carbon pricing,” he said.

“In the later part of this year we could see some flow-on effects from the price change.”