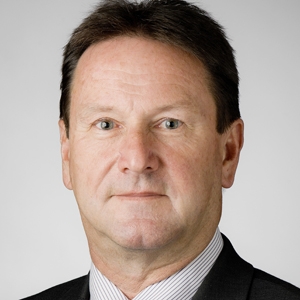 The Council of the Law Society of South Australia (LSSA) will examine details of a legal dispute between the society’s president and two prominent Adelaide lawyers.

The Council of the Law Society of South Australia (LSSA) will examine details of a legal dispute between the society’s president and two prominent Adelaide lawyers.

At the centre of the dispute is LSSA president Ralph Bönig (pictured), who reportedly owes almost $180,000 in unpaid fees to lawyers Lindy Powell QC, and Noelle Hurley.

The financial feud was brought to public attention following an investigation by the Adelaide-based Sunday Mail, and was also subsequently reported on the Adelaide Now website.

Speaking following a meeting with Hurley yesterday (23 May), Powell told Lawyers Weekly that an email had been sent to all LSSA members on Monday (21 May) confirming the Council had been made aware of the matter.

“The [press] articles refer to personal matters concerning the president and his family, they do not arise from the affairs of the Law Society,” said the email.

“The executive makes no assumptions about the accuracy or completeness of the allegations. It has, however, informed the Council of the matter. The Council will consider any response in due course,” the email added.

Hurley has lodged a formal complaint with the Legal Practitioners Conduct Board over the non-payment of approximately $80,000 in fees, and told Lawyers Weekly she “cannot comment on the matter because it’s currently before the Board”.

According to Adelaide Now, Hurley’s complaint was lodged against the law firm Johnston Withers, the lawyers retained by Bonig, who under professional conduct rules were responsible for payment to Hurley and Powell for services provided.

Bönig, who now works with Finlaysons in Adelaide, engaged Johnston Withers for an undisclosed legal issue in early 2010.

The investigation claims Bönig, who was re-elected as LSSA president for a second term last September, also owes money to another senior Adelaide lawyer and that he has also been embroiled in a long-running financial wrangle with his former business partner, John Fountain.

According to Adelaide Now, caveats and two mortgages have been taken out on Bönig's Prospect house by those owed money.

Powell has confirmed she’s still owed almost $95,000 in unpaid fees and said she has received “a certain amount of flack” since comments about the dispute were published, but she told Lawyers Weekly she has “no difficulty standing by the quotes” attributed to her in the articles.

“Over the course of acting I expressed my concern to Johnston Withers that accounts were not being met as they were tendered. However, I was not prepared to make a complaint to the Conduct Board about non-payment of those accounts by reason of the fact I had been a partner of that firm for 15 years,” said Powell.

“I regard it as an honourable firm of the highest integrity. I did not wish to be instrumental in leading to more difficulties for the firm than those that had already been created for it in that it had been left in the same position as me,” she added.

According to Adelaide Now, several of Adelaide's senior lawyers have questioned whether Bönig’s position as LSSA president has “become untenable” while the dispute remains unresolved.

“It is unfortunate, at least, that the president of the Law Society should be engaged in any potential litigation during the currency of their presidency,” said Powell.

An email obtained by the Sunday Mail investigation alleges that the LSSA was aware of the situation involving its president shortly after his re-election, and that several members even knew about it prior to his re-election.

The LSSA has gone to ground regarding the allegations, with Bönig declining to respond to questions put to him by Lawyers Weekly on several occasions this week.

The Council of the LSSA that will consider the dispute is comprised of the Attorney-General and the Deans of the Law Faculties of the University of Adelaide, UniSA and Flinders University, together with various executive and ordinary members of the Council, plus three members representing practitioners from country areas and two members representing newly-admitted practitioners.