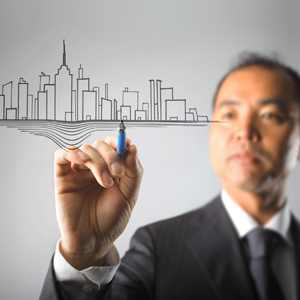 Australia stands out as “freakishly different” in its approach to individualism compared to Asia and the rest of the world, according to a leading academic and consultant.

Australia stands out as “freakishly different” in its approach to individualism compared to Asia and the rest of the world, according to a leading academic and consultant.

Dr Margaret Byrne has a BA and MA from Oxford and a PhD  in exploring how leadership potential is identified in meetings. She has been awarded for innovation in executive development and change management programs, had her BBC-produced films screened on SBS and secured $1 million in sponsorship for her research.

She has consulted in China, Indonesia, Hong Kong, Singapore, Vietnam, the UK, New Zealand, France, Italy and in four Pacific nations, yet in Australia she simply gets called “Margaret”, by people she’s never met before and by people significantly younger than her.

“In every other country of the world I’d get called ‘Dr Byrne’,” she told an audience of 15 at yesterday’s (24 May) NSW Practice Management conference, “[but this is] almost offensive to the egalitarian heart of Australians.”

This is one of the “real challenges” for law firms in tackling diversity in the future, said Byrne; dealing with differences in approach to equality and individualism.

A 2010 study by Hofstede, Hofstede and Minkov gave Australia a score of 36, compared to China’s score of 80 and a global score of 55, in a hierarchy study on equality.

This can create misunderstandings when lawyers of Asian and Australian backgrounds are doing business or trying to integrate their law firms.

“They have a very different approach to things,” said Byrne, “because if we put individualism and equality together what we get is a very assertive communication style, and if you crunch collectivism and hierarchy together you get a different style of system where people are going to hang back and then end up being wrongly labelled as shy, and they’re not shy at all they’re just from a cultural background.”

Byrne, who is supporting the integration of King & Wood Mallesons through UGM consulting program ‘Inside the Chinese Mind’ and ‘Inside the Australian Mind’, said “so many” of the larger firms in Australia are looking for connections with firms in Asia and that cultural engagement and integration is at the front of their minds.

She told Lawyers Weekly that because of the nature of lawyers’ work, they often face more significant challenges than other professions when collaborating across culture.

“A lawyer’s work is variable and it’s based on words and writing and to that extent it’s more of a cultural artefact than say, an engineer’s work,” said Byrne.

“Sometimes lawyers imagine, ‘as long as I work with an interpreter they will be able to work it out … we’ll all be singing from the same song sheet’. What they learn is there’s not always an easy way to translate; that’s what’s often the really big eye opener for lawyers, a lot of things they take for granted, the nuts and bolts of everyday life for a lawyer, they learn, are unique to us.”

Byrne said, from her experience, lawyers can often get “freaked out” when they hear what, for example, a Chinese person has understood from what has been interpreted to them.

“This isn’t an easy matter; getting diversity right is not going to be a doddle, and yet the prize at the end of this rainbow in terms of a firm differentiator when there is very stern and dynamic competition [in the legal market], that prize is really worth having,” said Byrne.