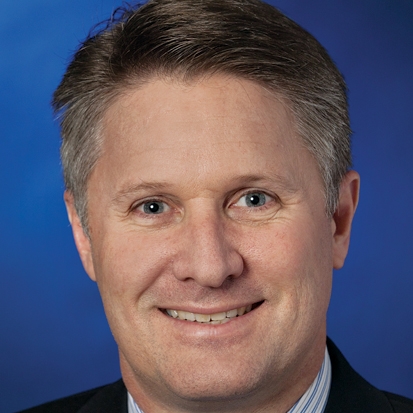 The managing partner of Freehills, Mark Rigotti, shared his firm’s experience of the trend for alternative fee arrangements (AFAs) with an audience of around 20 at his presentation: Challenges to profitability and financial issues.

“[We] lay it out, a smorgasbord, on the table for them and they go for the chicken every time because it’s safe,” said Rigotti (pictured).

“In every tender ... in the last 10 years we’ve been asked to put up alternate fee proposals, which we’ve done, and none have been accepted,” said Wood.

“There’s a lot of hysteria about hourly rates and moving away from it and [I] don’t quite know who’s driving that because I speak to corporate counsel who don’t use them and my insurers don’t use them.”

Rigotti suggested that most general counsels (GCs) have “been brought up on a diet of hourly rates … that’s how [they] think, measure value and compare” and, provided they deliver what their organisation requires, the method is up to them.

“They know they want something different but they’re not sure what they want and if it all gets too difficult they’ll go back to what they know,” said Rigotti.

According to a Mallesons Stephen Jacques (now King & Wood Mallesons) survey of 374 in-house lawyers - 44 per cent of which were GCs -  50 per cent of respondents said fees billed at an hourly rate make up over 90 per cent of their total legal spend.

The survey, released in August last year, showed 66 per cent of respondents were happy with their current billing arrangements and only 29 per cent had reduced their use of billable hours in the past two years.

“You’ll see [from that survey] the top three AFAs were around fixed fees, capped fees and volume-based discounting. None of those are that innovative,” said Rigotti, adding that this indicates clients want certainty and that they were struggling with the difficulty of monitoring AFAs.

Pricing mixed up with sales

Rigotti said Freehills was experimenting with innovative AFAs with a “good client” and that there had been mixed experiences.

“Sometimes they like it, other times they think ‘let’s just get on with it’,” he said.

The firm, however, still captures all the time actually being spent on those jobs, to check wether they were profitable; a process, Rigotti admits, is “probably the wrong way to think about it.”

“It’s having an each-way bet,” he said, adding that the ultimate future is to unlink the sales and pricing conversations.

“Sometimes the fixed price is actually a negotiating piece of work upfront to win the job rather than a fully transparent dialogue with the client to appropriately price what they expect. If you could reach that [open and transparent] nirvana I think that’d be fine [but] quite often it’s mixed up with the sales proposition.”

In another fee experiment aimed at articulating the value of legal work, Freehills asked a client to pay what they believed the firm’s advice was worth.

Without negotiating any price upfront, Freehills gave the client a print out showing how much time it had spent on the matter and the client came back with 95 per cent of what was on the hourly timesheet.

“It put us at risk … but it allowed us to zero in on that the five per cent [which] was down to things they didn’t really need because they had in-house capabilities on particular parts of this contract. Normally that would be hidden in a discussion ‘oh the bill’s a bit high can you do something about it, can you bring it down?’.”